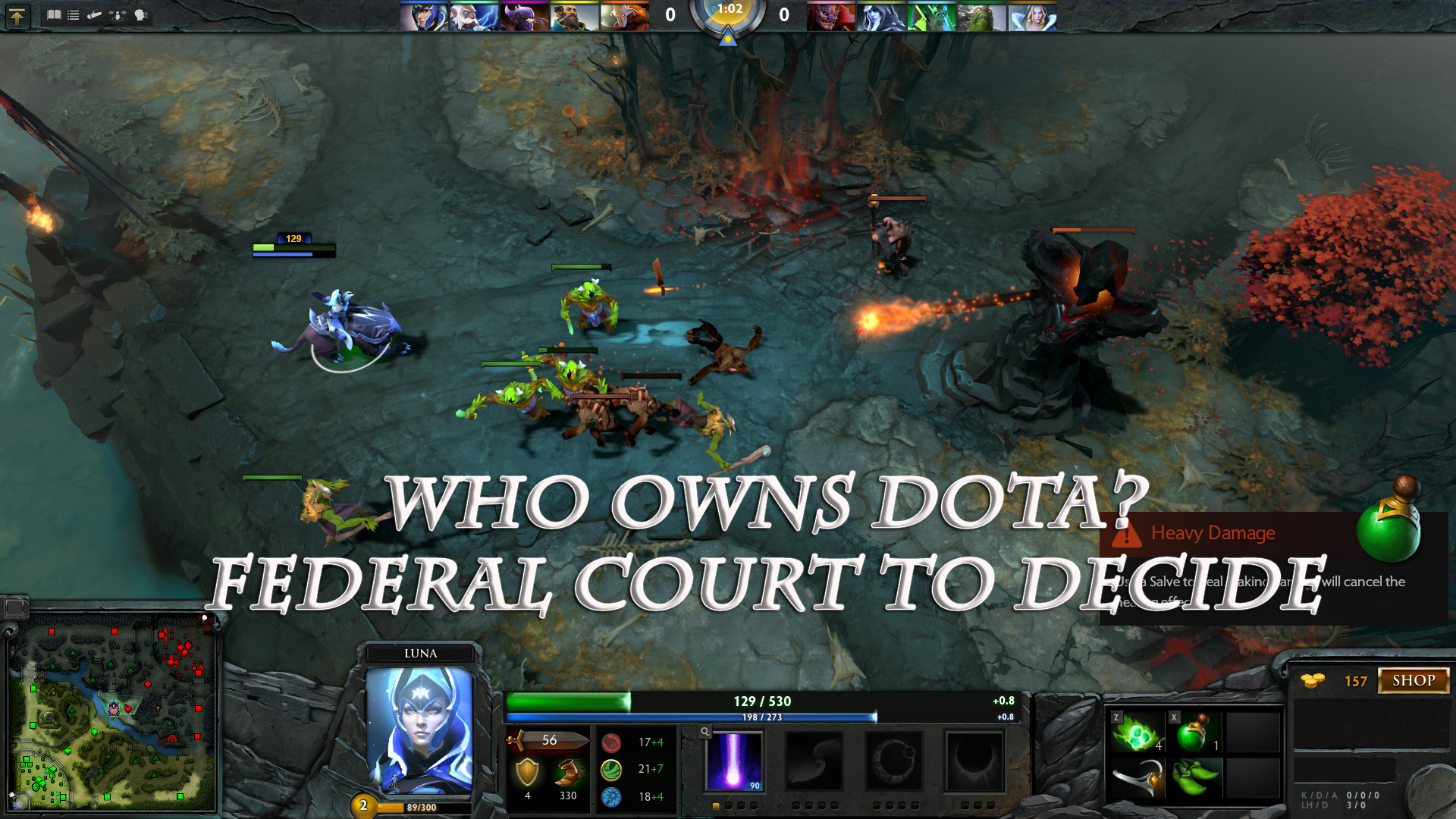 When Defense of the Ancients (Dota) was first released it was a mod for the popular RTS Warcraft III. Being a mod, it is hard to pinpoint exactly who was the most responsible for its inception as it was worked on by a ton of different people. The game also allowed for community feedback and at some point,became the center of a court case between Valve, who bought the rights from the original owner and

Blizzard, the creators of Defense of the Ancients. The case was eventually settled and Valve was deemed the owner. Blizzard was given permission to associate the name with its games but now after almost a decade, the case of who owns Dota is back in federal court.

In a report from Ars Technica, the case is centered around the recently released mobile games, Dota Legends and Heroes Charge. These games may be infringing on the original copyright. The first thing that needs to be decided is if the game is a collective work, which means a collection of work that’s assembled. Developer of Heroes Charge, Ucool, made the claim that it is a collective work. This argument was eventually thrown out by Judge Charles Breyer stating “By that logic, Star Wars: The Force Awakens would be a collective work because it arranged the most popular Star Wars heroes, settings, and one-liners into a new movie.”

The second argument revolves around Blizzard’s end user agreement which states that no one can use any of the games creation tools to make something for commercial gain. The third and final argument is about a forum post from Dota’s caretaker on September 23rd, 2004. The post stated “from this point forward, Dota is now open source. Whoever wishes to release a version of Dota may without my consent, I just ask for a nod in the credits to your map.” Judge Breyer believes that this could mean anyone could make a version of the game to sell, he says that the vagueness leaves it open to interpretation.

The case will be moving onto jury soon as Breyer has denied Ucool summary judgement. This case will set a huge precedent for the gaming industry and if Valve wins, it will secure their ownership of the game. If Ucool wins, the market will be open up to a ton of Dota clones. No matter what the results are, Gigamax will have the report. Make sure to keep checking back with Gigamax Games for all the latest in gaming news and updates!