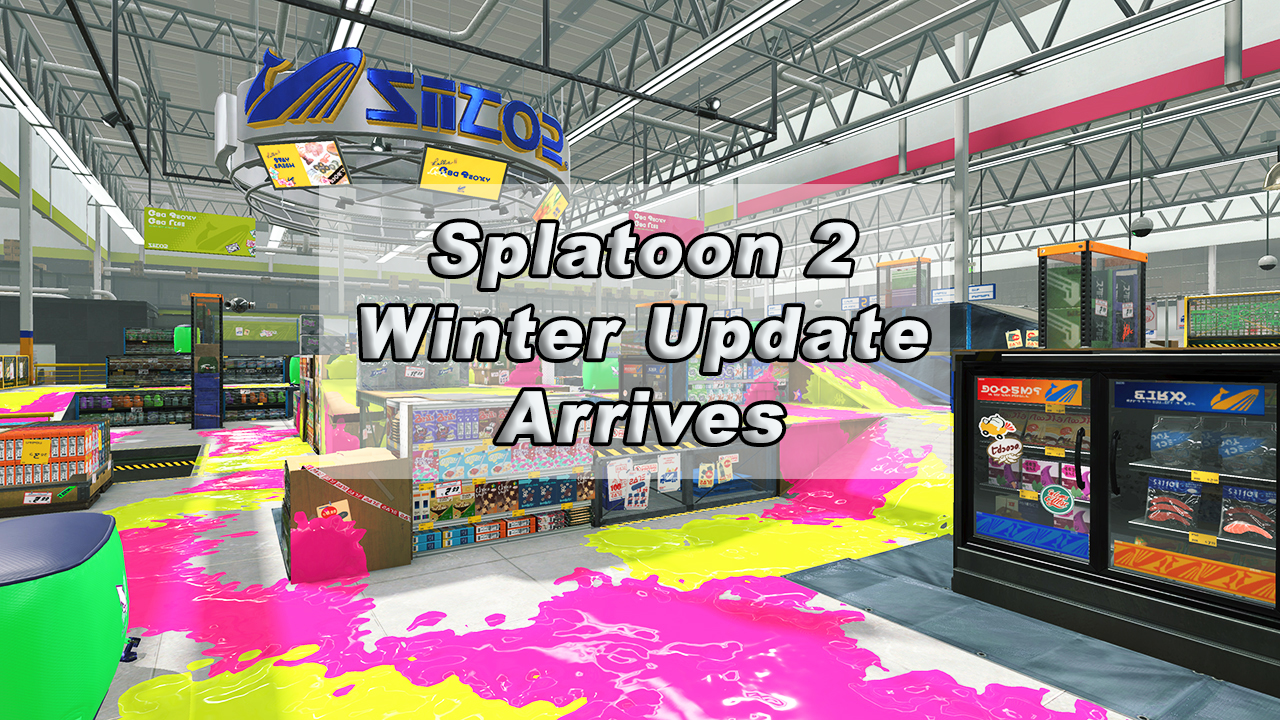 To celebrate the holidays and bring attention back to the game, Nintendo is launching a Splatoon 2 Winter Update that adds a ton of new content to the shooter. Specifically, the add-on will include four new battle stages, a new salmon run map, four hairstyles, an increased level cap, new music and even more extra goodies.

The four new stages will begin rolling out today (11/24/17) starting with the map, MakoMart, a mall themed arena. The other three maps will be released at a later date and they include the brand new Shellendorf Institute, along with two returning maps from the first game Walleye Warehouse and Arowana Mall.

Those have hit the level cap of 50 will be pleased to hear that the new top tier is 99. Once that level is reached players have the option to prestige back down to level 1, a trend that has become very popular in multiplayer shooters. The devs also made achieving the goal a little faster by adding the ability to switch gear in-between matches so there is no need to break up matches to change weapons and armor.

A new Salmon Run stage is definitely a welcomed addition, but Nintendo has not addressed whether they plan on increasing the game mode’s availability. Players can also expect to hear music from two new bands while they are fighting, and now Amiibo lets you take pictures on all available battle stages as well as the main square. The four new hairstyles include two fancy new cuts for boys characters and two fabulous cuts for girl squids.

Nintendo detailed a new game mode that will be arriving with the Winter Update in December called “Clam Blitz” which is so wacky we’ll let them explain, “In Clam Blitz, competing Inklings are tasked with collecting clams scattered around the stage. After one is picked up, the clam follows the player. The objective is to throw the clam into the basket near the opponent’s base. The first team to score 100 points wins! But, of course, this being the fiercely competitive world of Splatoon 2, things are not as easy as they seem. The baskets are protected by a barrier, which must be destroyed first. After collecting 10 clams, the player will earn a Power Clam. These super-powered clams are the key to breaking the barrier, so strategy will definitely be involved in which clams are used to destroy the barrier and which are used to earn points. Not to mention the extra-satisfying opportunity to steal opponents’ clams by splatting them…”

The Gift That Keeps on Giving

Splatoon 2 is the gift that keeps on giving, and the Winter Update is a big present! Nintendo knocked it out of the park with their take on the multiplayer shooter and with the consistent rate of huge updates we can’t see ourselves putting down this title anytime soon. We’re pumped to start playing the newest update and attempting to hit the new level cap (despite not being close to level 50). This is certainly not the last update Splatoon 2 will receive so be sure to keep checking back with GigamaxGames.com for more information on this awesome title!