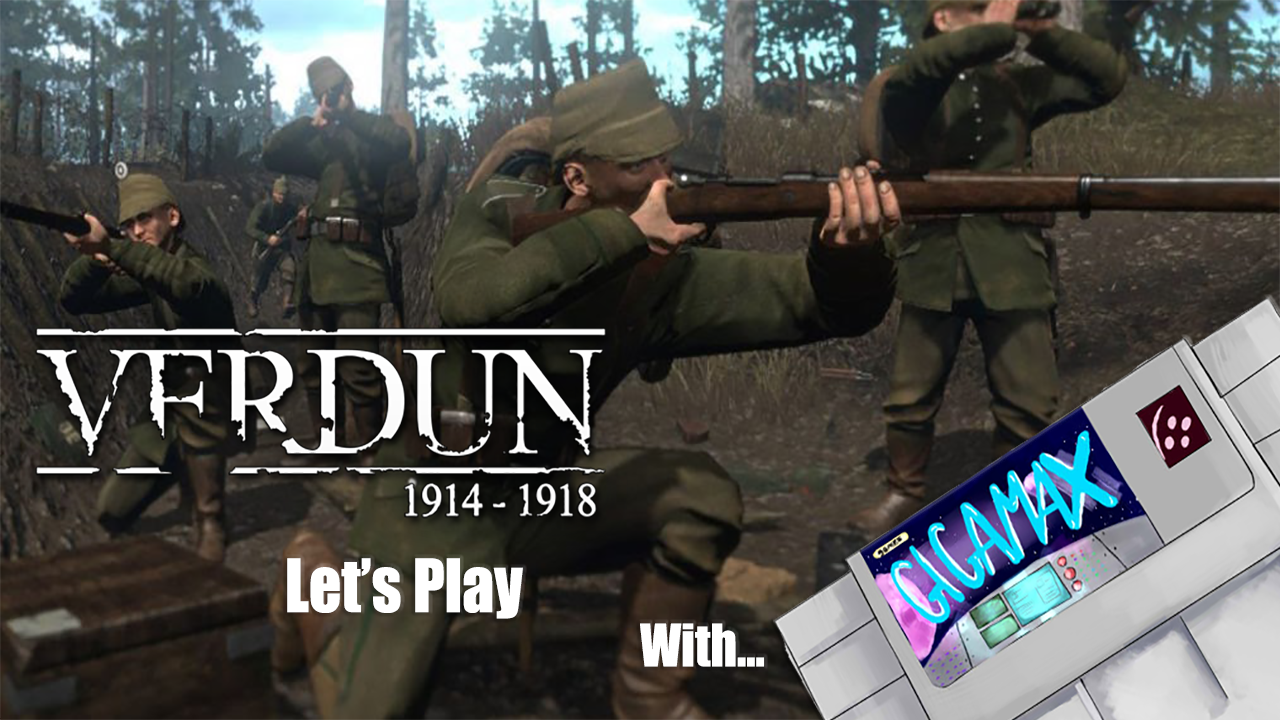 The independent first-person shooter, Verdun is an excellent and action packed look into the World War I French trenches. Weaponry is more historically accurate than the World War I AAA shooter, Battlefield 1 which has an incredible impact on the overall pace of the action. Bolt action rifles, chunky machine guns and two battle lines separated by no man’s land, Verdun does a fantastic job immersing the player in the action.

Developed by M2H Game Studio and BlackMill Game, Gigamax Games was excited to see what these developers have to offer. Come take a look as Gigs and Mack try out the multiplayer mode, Frontlines. This game-type involves two teams at each side of no man’s land. One team is tasked with defending their trench as the attacking team charges across no man’s land trying to capture the front line. After the attack is successful, the defending team will need to retreat back to another trench. If the attacking team fails to gain a foothold, they need to retreat back and prepare for a counter attack. This action packed shooter is definitely one to pick up if you’re looking for something a little bit different.

Below you can find the first episode of Verdun by Gigamax Games. From beginning to end, see what a match of Frontline looks like and some of the different classes and factions included. Be sure to check back soon for a look at the single player. Verdun’s single-player isn’t extensive but brings with it some interesting gameplay.

Thank you so much for taking the time to watch! Hope you enjoy. Let us know in the comments if you want to see more of Verdun. Also, tell us what your favorite shooter is and we’ll be sure to include some footage soon!

Don’t forget to Subscribe for more video’s every week!

If you’re looking for the latest gaming updates, there are more articles waiting for you!