Really, What’s Up With Final Fantasy: A New Empire 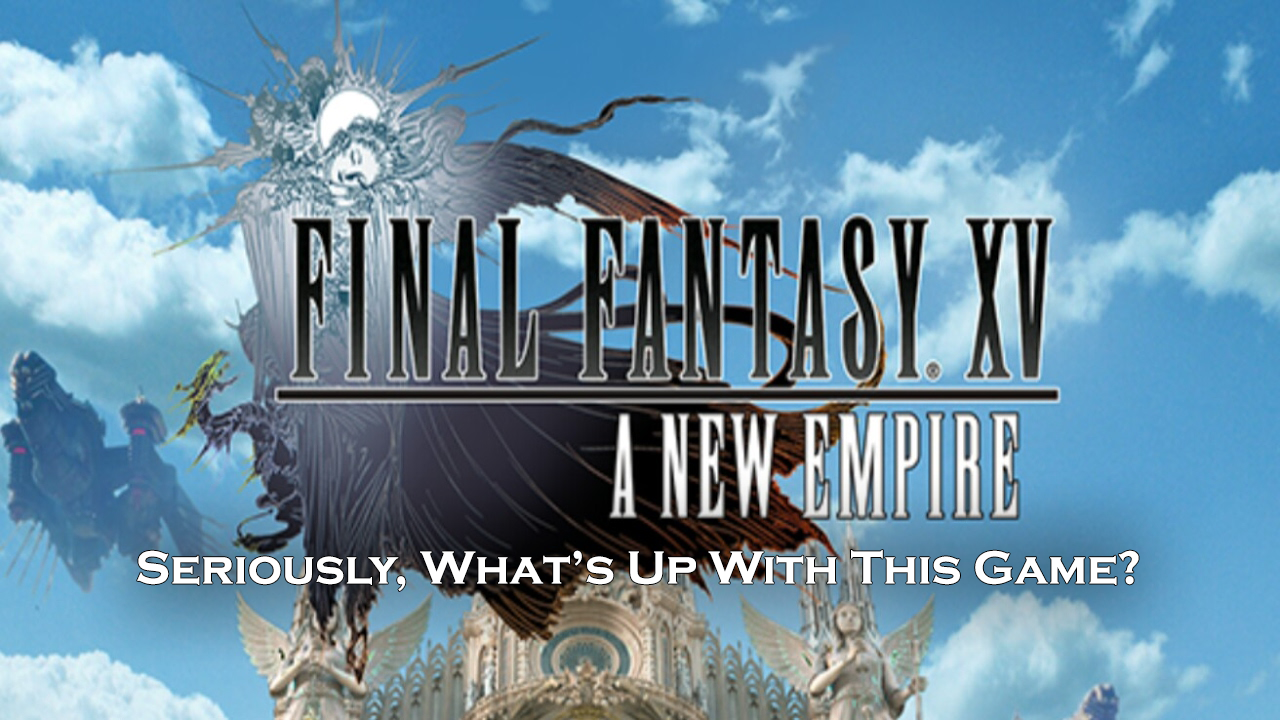 So Really, What’s Up With Final Fantasy: A New Empire

You’ve probably seen those strange ads for the mobile game Final Fantasy XV: A New Empire on Instagram, Snapchat, and Twitter. This strange ‘free’ app looks like any other free to play mobile game but with one major exception, it’s based on the most recent Final Fantasy game. Noctis, Prompto, Gladiolus, Iignis, they’re all there but it still feels like an intellectual property lawsuit waiting to happen rather than an actual Square Enix game. But yes, this game and all of its elements are legitimately licensed from SQUARE ENIX HOLDINGS CO., LTD. according to their official website.

Seriously, What’s Up With This Game?

A fan reached out asking us to give our impression on this game and we’re here to deliver. 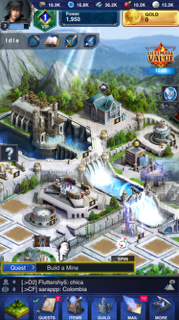 This is a game that would normally fly under the radar for Gigamax Games but there were a few things about it that did catch our eye. The marketing on those aforementioned social platforms stood out, maybe not for the best reasons but it did have our intention. The graphics (on the ads) and action looked impressive for a mobile game. However, as gamers know all too well this is a common marketing ploy. Video game developers have lied in the past when it comes to their marketing, No Mans Sky comes to mind. However, this seemed to be on an entirely different level.

FFXV: A New Empire promised exciting quests, action, and combat when in reality it is just another “age of empires” tower defense style mobile game. Yes, it does use the Final Fantasy universe but things are so much different.

Even with the Final Fantasy inspiration, this game is nearly identical to all the other tower defense, base builder, free to play mobile games on the market today. There are a lot of different things to do but there’s very little substance when it comes to the content.

“Questing” They Call It 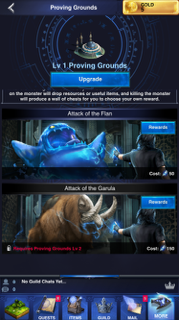 The questing system is extremely shallow. The only thing a player has to do to complete a quest is click “start” and wait for the timer to tick down. Fighting other bases and monsters is dull as well. The tiny sprite that represents a character slowly walks through the overworld, swings its sword and walks back to the base. There was only time Noctis is ever actually seen fighting and that was in the ‘Proving Grounds’. Noctus runs toward an enemy and each slash of his sword uses 50 Ether. Ether is not easily found and it costs an incredible amount of ‘Loyalty’ to purchase more.

With the lack of exciting content, there is one thing that this game does very well, entice the player to purchase the in-game materials and currency. There are so many things to do, even if they’re shallow, there’s a lot of different bases to upgrade, bosses to fight, in-game items to purchase but free players are extremely limited. To continuously play, the only real option is to pay.

Time Goes On But The Game Stands Still

After a while playing, there was the inevitable point where you are stuck waiting for resources to generate and a building to finish completing. The only 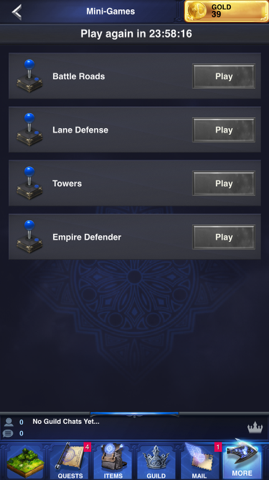 saving grace would be free to play mini-games that gamers could play while waiting around. However, there were actually multiple mini-games to choose from. This could have been the ultimate “Is this actually a great mobile game I would have missed out on?”

Clicking on the first one brings the player to a classic tower defense game. You build turrets that defend a wave-like onslaught of enmities, protecting the walls of your empire. This was exciting, having the chance to play fun games while resources accumulate or buildings to upgrade could have been great! However, players only have one attempt and then they are locked out with a 24:00 timer. Gamers only get 1 chance to play a single mini-game per day. There are 4 mini-games to try and a 24-hour timer shared between them. This means it will literally take four days to try each of the mini-games and you only have one attempt.

At the beginning they give you an incredible amount of resources and leveling up the citadel is a breeze. This honeymoon stage ends abruptly and they make it abundantly clear that in-game purchases are easy to complete and readily available. It’s unfortunate that the Final Fantasy brand is associated with this kind of game. The beautiful thing about Final Fantasy is the abundance of content a game purchase offers. Final Fantasy XV: A New Empire is the opposite. The shallow and lackluster content teases people along to get hooked and then once they level their buildings to about level 8, resource requirements for an upgrade increase exponentially. The only way to continuously play this game is to buy the in-game currency, however, if you’re a very patient person and don’t mind putting the game down for long periods of time, it’s a great distraction for a short period of time.