World of Warcraft Classic – For Love of the Game

World of Warcraft: Classic launch is about a month away as of the time of this writing, and I haven’t been this excited for a game to release since Cyberpunk 2077 was first announced. The hype is, in fact, real. It makes me think about where I was in my life when Vanilla WoW first released. I first played WoW New Years Eve/Day of 2004, I didn’t get my own copy of it until April or May of 2005, just after Maraudon was added. WoW was in its’ infancy. There were no Battlegrounds, no arena, no Honor System. Nobody knew anything. If you wanted to PVP, you went and found it and it felt more visceral for it.

First Time With an MMORPG

At the behest of one of my friends I started playing on a PVP server, I hadn’t played an MMORPG(not including betas or alphas) since the first Asheron’s call, which I’d only played for a month. I was still relatively new to the whole “pc gaming” thing, never having a powerful PC, or at least one powerful enough to run the games that I wanted to play. I played Vanilla WoW on a  PIII 800 with 384MB of RAM. Beastly, my rig was not, it struggled to reach 15 FPS in the cities, it was in short a piece of shit and I was lucky to see 40 FPS in the middle of somewhere suitably empty like Arathi Highlands. 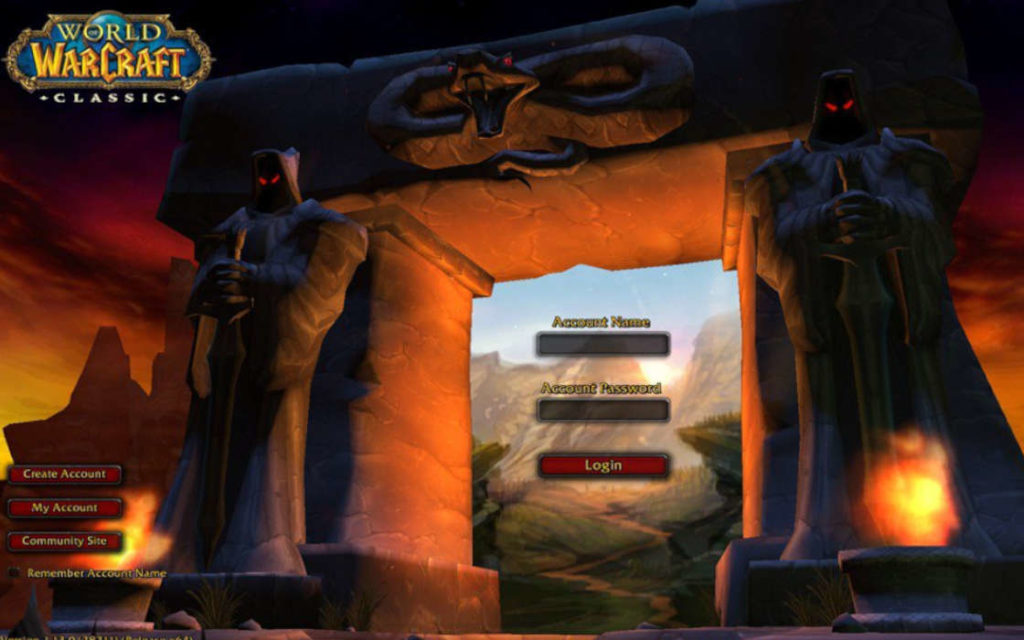 I rolled a Dwarf Priest, even though I had really wanted to play a Warrior and play as the Horde. Real-life friends sometimes choose games/factions for you, plus my friend was already preparing to do raids and I was told I could probably have a spot if I played as a Dwarf priest. In that era each priest’s racial spell was affected by race, so only dwarf priests could learn Fear Ward making them slightly more valuable for a specific raid boss, which meant absolutely nothing to me. I just wanted to play the game. Being a complete noob, as well as bull-headedly against both my friend’s and my guild’s suggestion that I level with shadow, I said: “I’m gonna be Holy at 60, I should learn how to play it.”.

35 horrific levels later, I switched to Shadow and got so mad that I had wasted so much time struggling to do much of anything as Holy. At the time Holy was the worst of the three talent trees for priests, Disc/Holy was the build used for dungeons/raiding. I want to say it was because of mana-regeneration, but I can’t say for sure. I eventually relented and switched to Shadow and it was so much easier/faster to kill things that I got so mad that I switched to leveling another warrior on a different server and quit the priest for a good six months.

At this point I had managed to anger the self-proclaimed “Best EverQuest 2 guild in the world” declaring that my server “belonged to them” and that “anyone who dared kill one of their guild members would be camped until they stopped playing that character.”, so I posted a screenshot of me killing one of their members in Stranglethorn Vale(we were both level 28-34ish.). I was immediately hunted down, and ganked by one of their similarly leveled characters a rogue. KIlled him pretty much every time he tried to jump me, sometimes the mob I was fighting would get me, sometimes it wouldn’t. Eventually, he called in one of his higher level guildmates and he managed to kill me, they got about 20 people to sit around my corpse while I sat there in spirit form waiting for a chance to make a break for Grom’Gol, my heart was pounding. I had gotten away, I posted a really shity AVI of the whole thing set to some really shitty metal. They ended up getting so so mad that they made a second account just to talk shit to me(and track my location), which was hilarious at the time. After a week or so, I bitched out and went to the GMs and asked them for a name change. 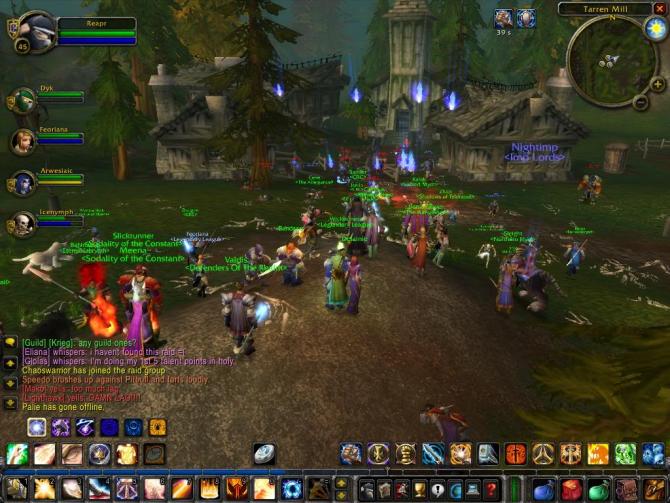 They left me alone after that, but it killed the fun for me on that server. I guess they held true on their threat, even though I stopped playing the character after the camping had already stopped.

With the release of World of Warcraft Classic looming over the gaming world,  I sincerely hope that many people are able to make memories like that which I’m dubious about due to the sizes of the realms that were used then, compared to now. They said they weren’t going to have phasing, but there is going to be “layers” or something to stop an area from being overpopulated. Which you know, was part of the experience. In that era, there was more of a sense of community than there is in modern WoW, especially in early Vanilla when there was only one city that had an auction house per faction, which put a sizable part of the server in the same place at the same time. In this era of the game, once you got known you didn’t get away with anything. If you were an asshat in trade chat, people noticed and blacklisted you. If you were a ninja, you got blacklisted. Guild jumper? Blacklisted. I think that was a big part of the appeal to me back in the day.

What We Want from Blizzard

I really hope Blizzard doesn’t fuck it up and I’m hoping that the popularity of classic causes them to release expansions on-top of it, taking the story in a completely different direction. Think about that for a second. Two different chains of WoW going, one with Modern’s gameplay and one modeled after Classic with entirely different storylines. Thoughts like that excite me to my core, but I know it’s just my imagination carrying me away. At best, we’ll see Burning Crusade: Classic with an option for a paid transfer from Vanilla to Burning Crusade.

The sad part is that the era of WoW is dead. We’re in the era of Twitch*, Memes**, and eSports***, we’ll see servers of popular streamers get flooded with hordes of fans. Maybe the Twitch community will all choose the same servers and leave the rest alone, unimpeded.

All in all, I guess I’m pretty excited about the launch/release of Classic WoW, but a part of me doubts that they’re going to manage to rekindle that magic. It’s been almost 15 years since the release of the game and modern MMOs are a different breed of game than Classic is going to be. I expect a lot of the younger crowd that wasn’t around before Blizzard changed everything will like the game as much as we did, or as much as most of us will when it goes live at the end of August.

*Woe be unto us all for the end times have come! Repent! Repent! The streamers are coming! The end is nigh!

** Memes have been around since the 90s, if not earlier, but they didn’t have the reach they do now.

*** eSports have been around since the birth of gaming, but they didn’t really enter the mainstream until the last few years.