William – For Love of the Game

William Griston –For Love of the Game: Content Contributor 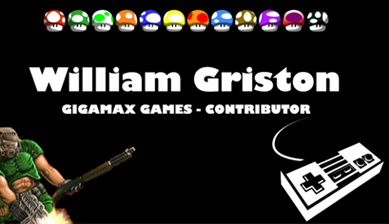 William is a new addition to the Gigamax Games crew. Submitting articles and reviews, William is an honest reviewer that gives his detailed impression of the games he plays and at the same time offering an in-depth overview of the games as a whole. This will be the place to find all of William’s content he shares with Gigamax. Keep checking back for the latest reviews and gaming news from, William!

William Griston – For Love of the Game

Review by, William Griston, For Love of the Game – Gigamax Games Contributor Splitgate: Arena Warfare was created by an extremely small indie studio called 1047 Games and […]

William started gaming in  arcades as a child, his thirst for games wasn’t fully slaked until he got access to his very first computer at the age of 9, an Atari ST 520, where he played a plethora of games ranging from ports of arcade hits such as Double Dragon and Sidewinder to games exclusive to the ST such as Carrier Command, Sundog, and Battlehawks 1942. At 11 he was given an original NES for Christmas(About 6 years after it was released, just in time for the release of the SNES) and played the absolute shit out of it until he got his first job at 15 and bought a SNES(Just before the release of the N64).

With the SNES he learned to love RPGs due to games like Final Fantasy III(VI), Secret of Mana, and Chrono Trigger. Eventually, he moved onto both the N64 and PSX before finally getting into PC gaming proper with his parent’s 486 that he used to play Doom and Duke3D over a dial-up internet connection in deathmatch vs his friends. While primarily a PC gamer since then, he still dabbles in console games, specifically the Mario games (that is, New Super Mario Bros. Mariokart, SSB) and the Halo series.

William currently owns a Wii U, Xbox One, and a fairly decent PC.

Do you want to become a contributor? There are so many ways to get involved. Find out how on the Social Community page!