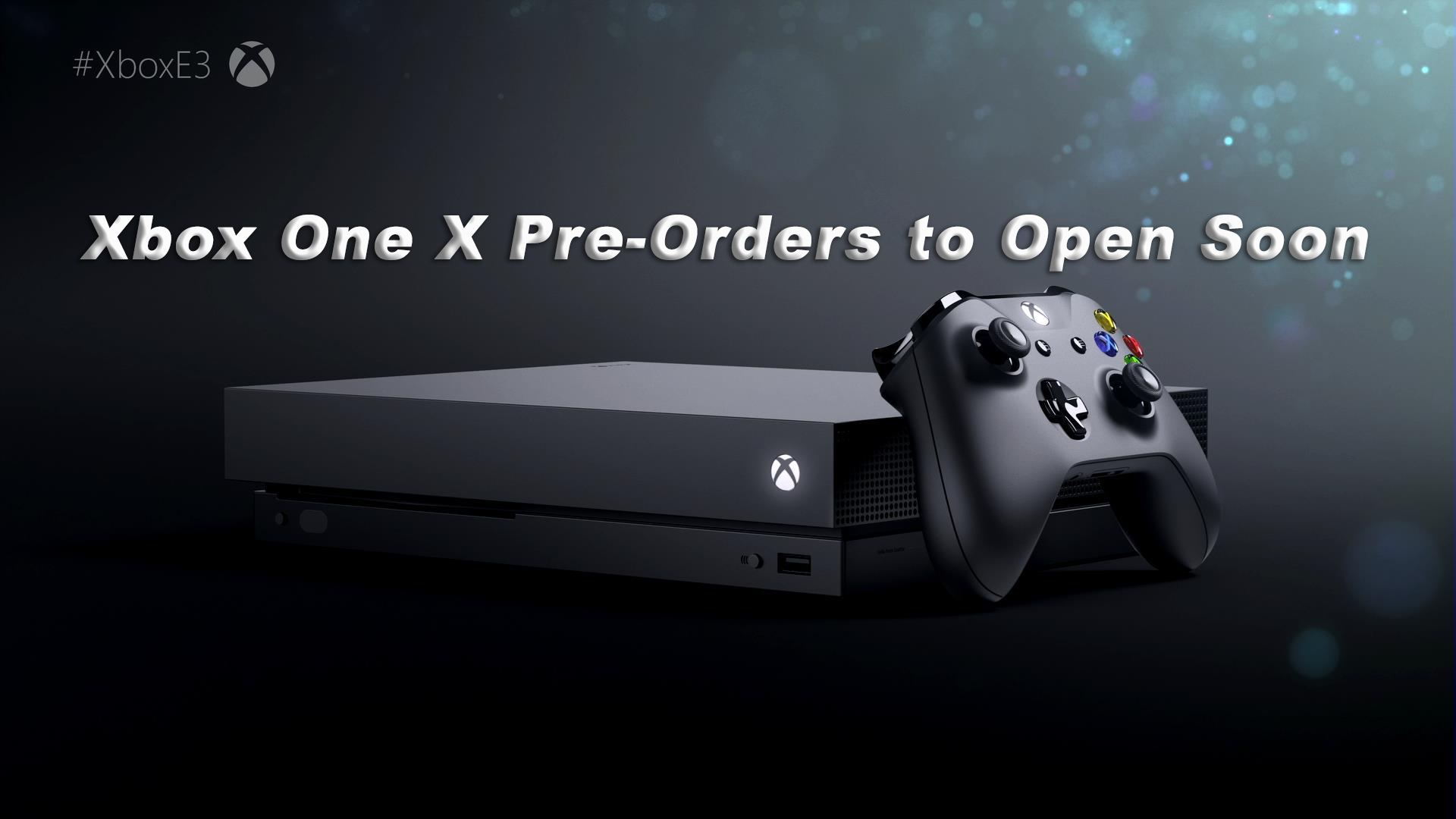 Looking forward to preordering Microsoft’s latest gaming console, the Xbox One X? Then rest assured that you won’t have to wait much longer. According to Xbox Head Phil Spencer, pre-orders will be going live very soon.

Replying to a fan on Twitter, Spencer confirmed that the company was simply waiting for approvals before opening up the pre orders.

Our plan is set for this.  All approvals are done so now just landing the announce with all the info, won’t be too much longer.

Finally revealed at E3 2017, the Xbox One X was Microsoft’s long disguised Project Scorpio. This powerful device is their response to the PS4 Pro and will allegedly be the most powerful gaming console on the market. When the pre-orders eventually open, the console will run buyers US $500, £ 449, and AU $649. The device will be hitting store shelves on November 7th globally and according to the company, it is the smallest console they have ever sold. Microsoft also revealed recently that the console will be able to stand vertically, a design choice that was featured on the Xbox 360 and ditched with the original Xbox One.

Spencer also confirmed on Twitter that their upcoming exclusive Crackdown 3, also releasing on November 7th, will be featured at the upcoming conference Gamescom in August. This comes after Microsoft’s big reveal of the character Terry Crews will play in the upcoming title. Gigamax Games will be covering the Xbox One X closely so be sure to keep checking back for more information on the upcoming console!