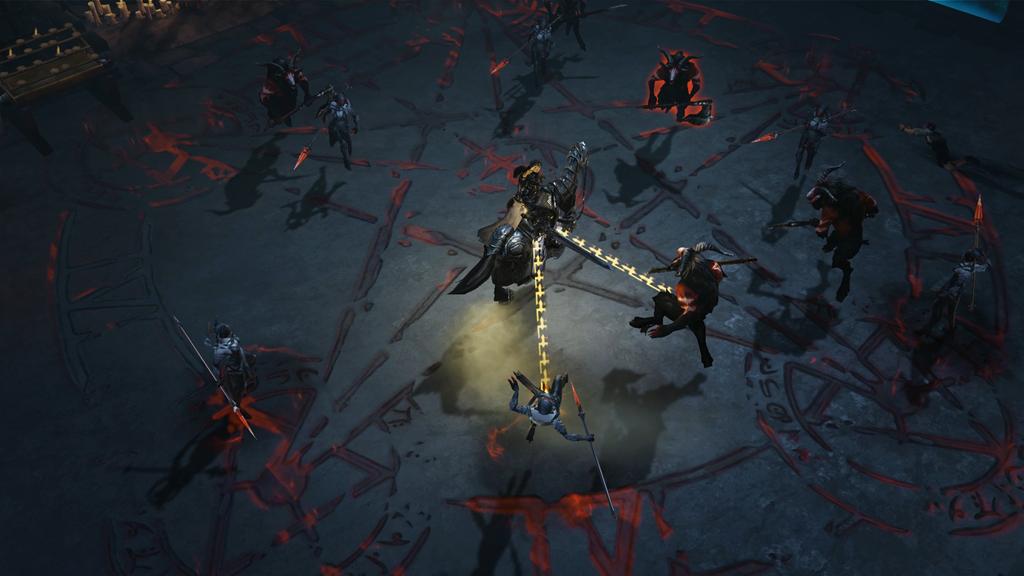 The Diablo series spent most of its life tied down to the PC, but recently Blizzard introduced the series to consoles with Diablo III. Now, they’re transitioning the game over to mobile platforms with a new title named, Diablo Immortal.

Blizzard made this surprising announcement during the Blizzcon 2018 opening ceremony, revealing the brand new mobile Diablo game. The company claims that they are going to uphold their value of gameplay first and ensure that it feels like the Diablo fans all know and love. Diablo Immortal is described as full-fledged action RPG that users can play anytime, anywhere, and with anyone. The title is being developed in collaboration with NetEase, a Chinese company that has helped Blizzard port their games over to the country.

Diablo Immortal plans to fill in the story between Diablo II and Diablo III. It will follow characters that fans will recognize like Tyrael, Malthael, and other returning favorites. Blizzard also played a cinematic trailer that focused on the story after the destruction of the Worldstone, eventually leading to an entertaining action sequence that revealed the classes included in the game.

Blizzard offered a look at how the game will perform on mobile devices with a short gameplay trailer. The gameplay is easily recognizable and even features all the classes from Diablo III. New abilities for each class will be available along with an expansive new world to explore. Online multiplayer is a core function of the game with the trailer showing upwards of 6 characters on the screen at once.

While this certainly wasn’t the news fans expected, it will be interesting to see what Blizzard has planned for this controversial game. We’ll be sure to keep a close eye on Diablo Immortal so check back here at GigamaxGames.com for all the latest details!