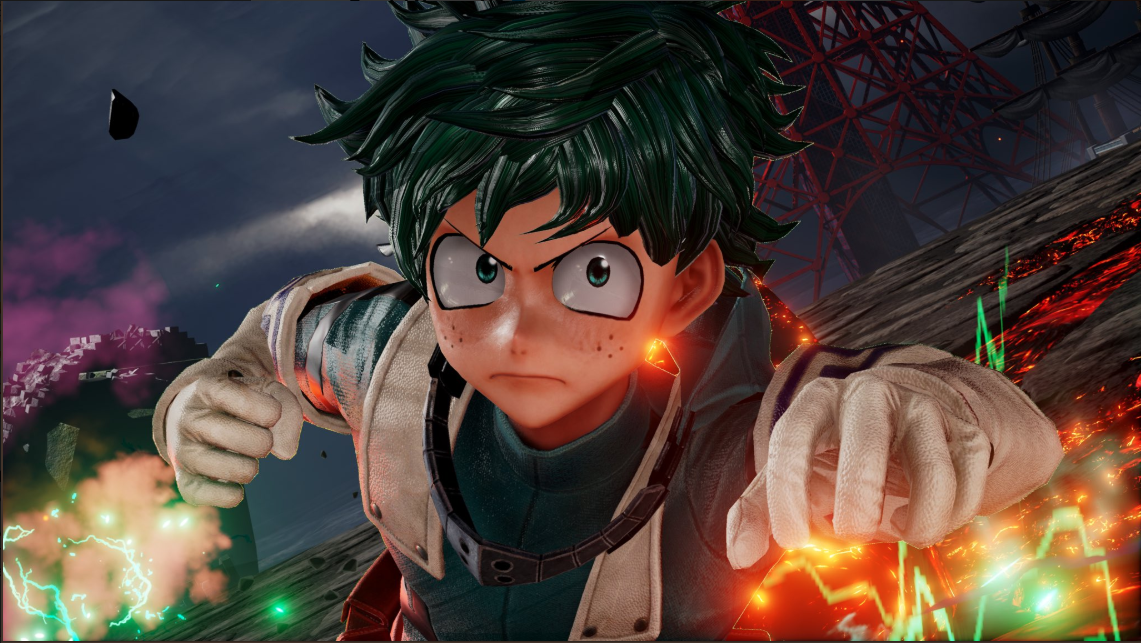 The developer behind the upcoming anime fighting game, Jump Force, has revealed that Izuku Midoriya, the protagonist of My Hero Academia, will be joining the roster. A recent trailer has shown the hero fighting alongside Asta from the popular series, Black Clover, which you can watch below.

Although My Hero Academia may be a relatively new series, Midoriya has seen a few costume changes as he grows into his role of “best hero.” The one Bandai Namco has chosen to show off in the images and videos is called Costume Gamma and was initially worn by Midoriya when he developed his Shoot Style which switched the character’s punch centric fighting style to one that leans more on kicking. It’s safe to assume that Jump Force will include some of the new moves Midoriya developed at that point in the anime.

As of now, Midoriya is the only character from My Hero Academia to be featured in Jump Force. Other series are included in this anime cornucopia as well. Dragon Ball and One Piece bring upwards of 6 characters from their respective worlds, so there is potential that more My Hero characters could make their debut.

Jump Force is Shonen Jump’s love letter to some of their most popular series. Some of the anime/mangas included in the 3D fighting game are Black Clover, Fist of the North Star, Dragon Ball, Naruto, Hunter x Hunter, My Hero Academia, Ruroni Kenshin, Saint Seiya, One Piece, Yu-Gi-Oh, Yu Yu Hakusho, and Death Note. The game also features a brand new story that unites the Shonen Jump multiverse against a greater universe ending threat.

Jump Force officially launches on February 15th, 2019 on PS4, Xbox One, and PC. We here at Gigamax are interested to see if this game can live up to fan expectations so be sure to check back with us here at GigamaxGames.com for all the latest details!