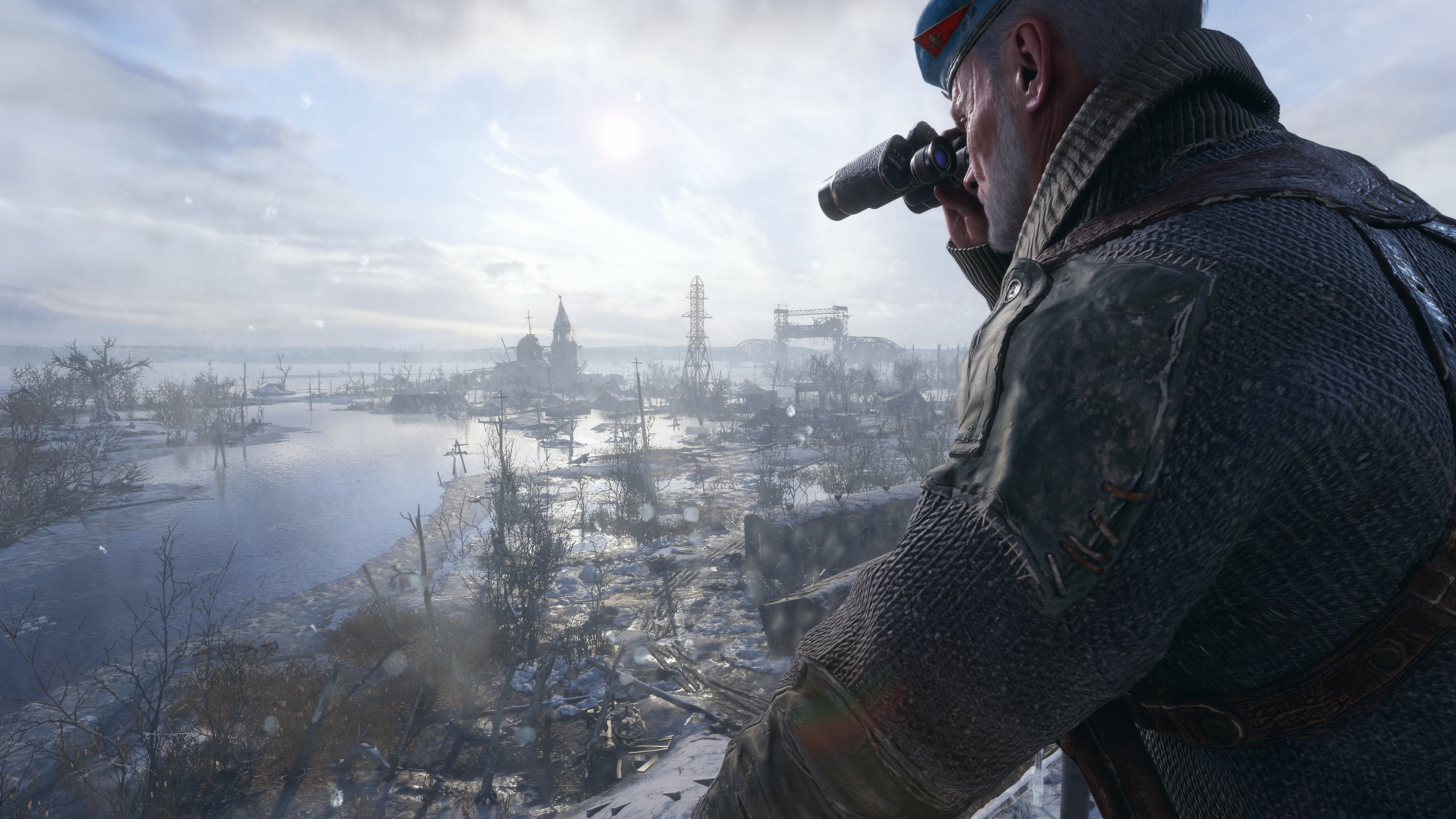 Metro Exodus crawls out from beneath the streets of Russia on February 15th, 2019. Deep Silver and 4A Games gave audiences a taste of what’s to come with a brand new Story Trailer, yesterday 1/8/19. New characters, environments, challenges, and dangers await anyone that picks up a copy of Metro Exodus. Players will venture across the nuclear Russian wasteland and embark on a journey that will take them from Moscow to the Summer sands of the Caspian desert.

Metro Exodus will be available on PlayStation 4, Xbox One, and Microsoft Windows.

Anna, the protagonist’s Artyom’s wife can be heard narrating the intense trailer. The short, 2 minute thirty second clip was enough to instill the massive amount of stress Artyom’s team of Spartan Rangers face as they explore the decolate Russian wasteland. A broken landscape trying to recover after nuclear devastation is at first all people may see. However, the struggle of this determined crew highlights the importance of searching for some peace in a time of war. Taking solace in a breath of fresh air will still not be enough to protect the Spartan Rangers from the evil that lurks beyond the Metro.

It’s a Rough Life Above Ground

Gamers will board the Aurora, a weaponized steam train as Artyom, Anna and Spartan Rangers move East. Searching for more survivors and some kind of civilization, players will need to scavenge, craft, and fight in order to survive.

The press release emphasized that the “gripping story” will elevate classic Metro gameplay with massive, new, non-linear levels. Dynamic weather and day/night cycles are included, expected to enhance the immersion level. The developer also added a “choose your fate” mechanic, allowing players choices to determine if some comrades will live or die.

Along with the Story Trailer reveal, Deep Silver and Microsoft showed off the Xbox One X Metro Saga Bundle. The bundle is currently available for pre-order and it includes a 1TB Xbox One X Console, all three Metro games; Metro 2033 Redux, Metro: Last Light Redux, and the new Metro Exodus. MSRP for the bundle comes in at $499.00, the usual cost of a 1TB Xbox One X on its own.

The last Metro game to come out, Metro: Last Light released in 2013. Metro Exodus is positioned to be a massive upgrade from the previous title. If the trailer is any indication of how the full game will turn out, Metro fans are in for a thrilling and unforgettable adventure.