Most Anticipated Video Games of 2018 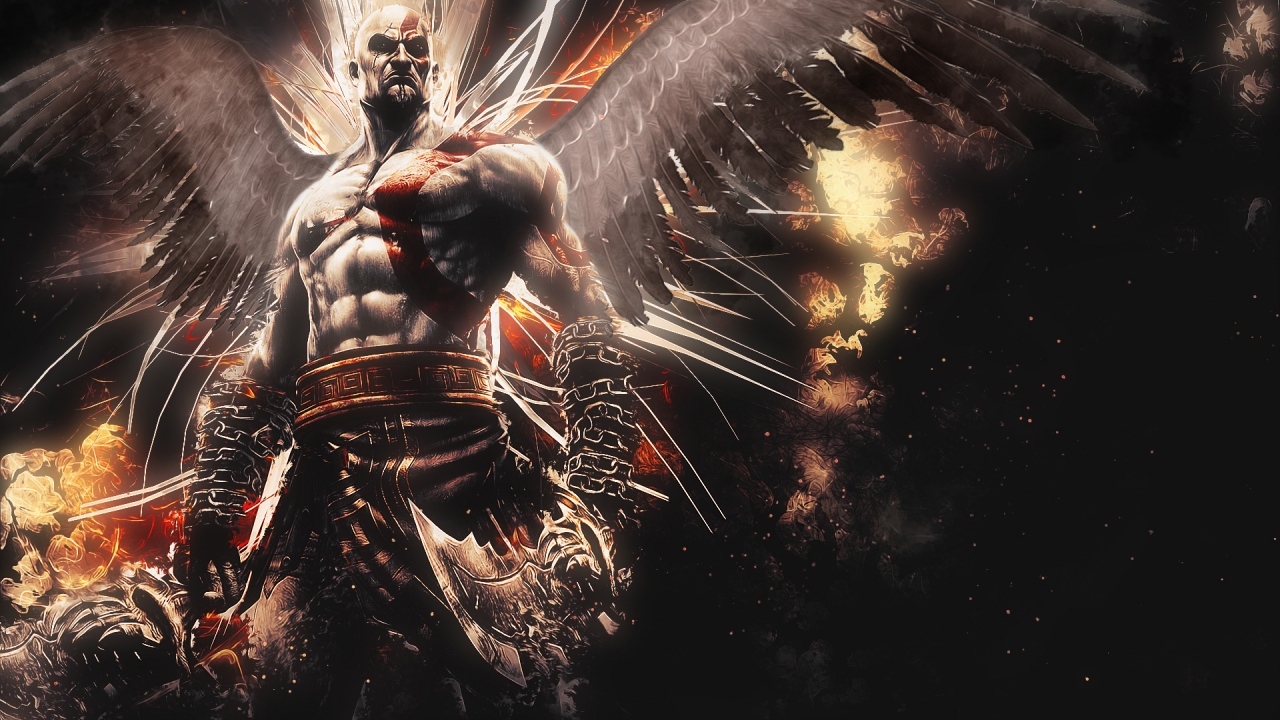 Most Anticipated Video Games of 2018

The time is almost here when a new year brings in a host of new adventures to experience. In this list, we take a look at the most anticipated video games of 2018 and when they will be available to play. Unfortunately, not all these dates are set in stone but check back as time goes on for more information as it becomes available. 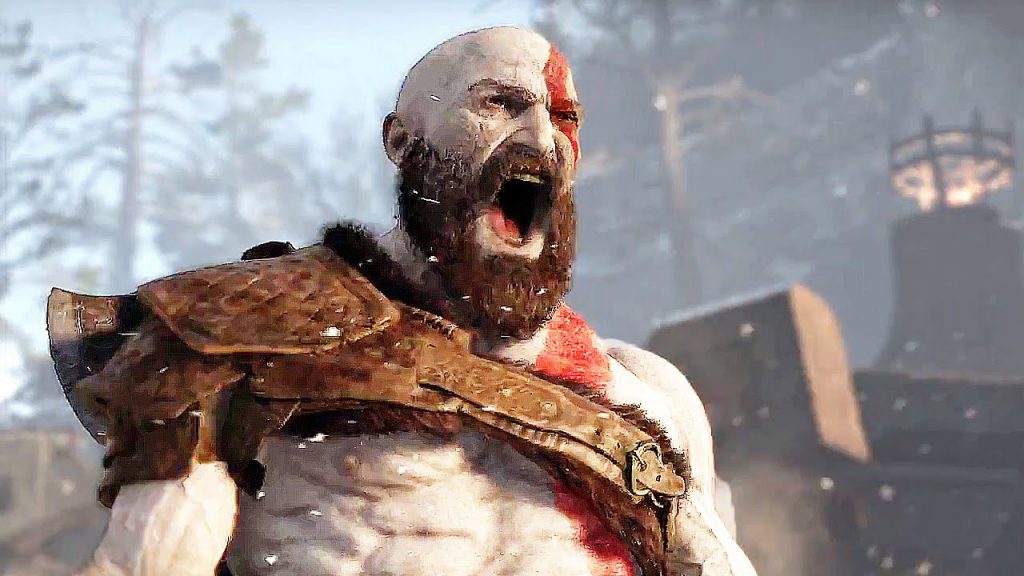 With a groundbreaking series to live up to, this latest look into God of War seems to be the right step for the developers. Experiencing the world as an older and wiser Kratos, the trailers seemed to show a different side of this epic warrior. The world hasn’t had a new God of War since July 14th, 2015 and even that was just a remaster. Gamers are itching to get another chance to play as this powerful god. With no official release, gamers are keeping a close eye on any announcement surrounding this new release. 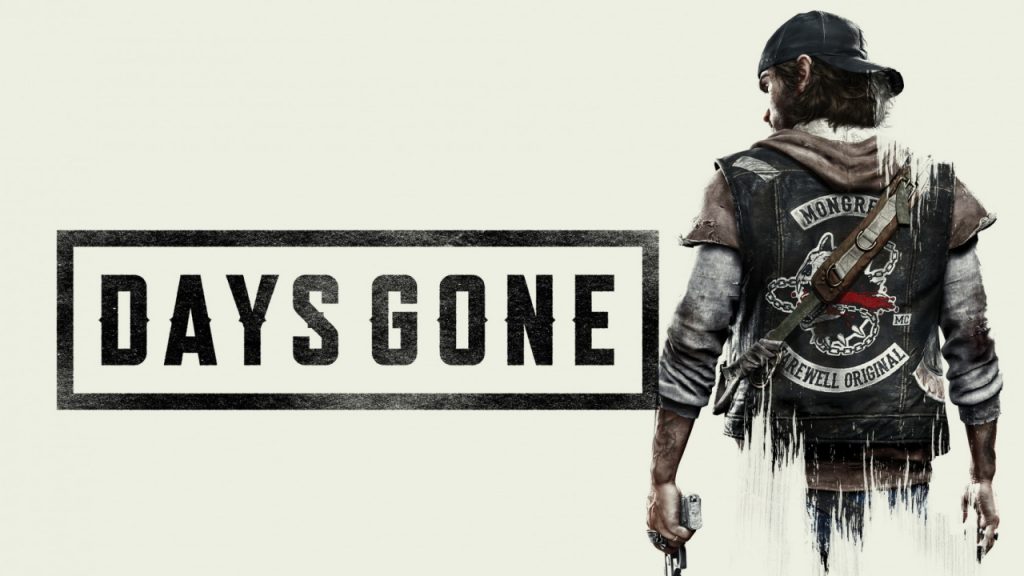 Any fan of the survival horror genre will be excited to hear SIE Bend Studio is expected to release Days Gone this upcoming year. The release trailer showed off in 2017 (find it below) immediately left people asking what happened to this decimated world. The main character, a former biker outlaw seems to embrace the terrible situation he finds himself in, ready to shoot and slaughter anything that gets in his way. The impressive gameplay available as of now ranks Days Gone high on the most anticipated video games of 2018. 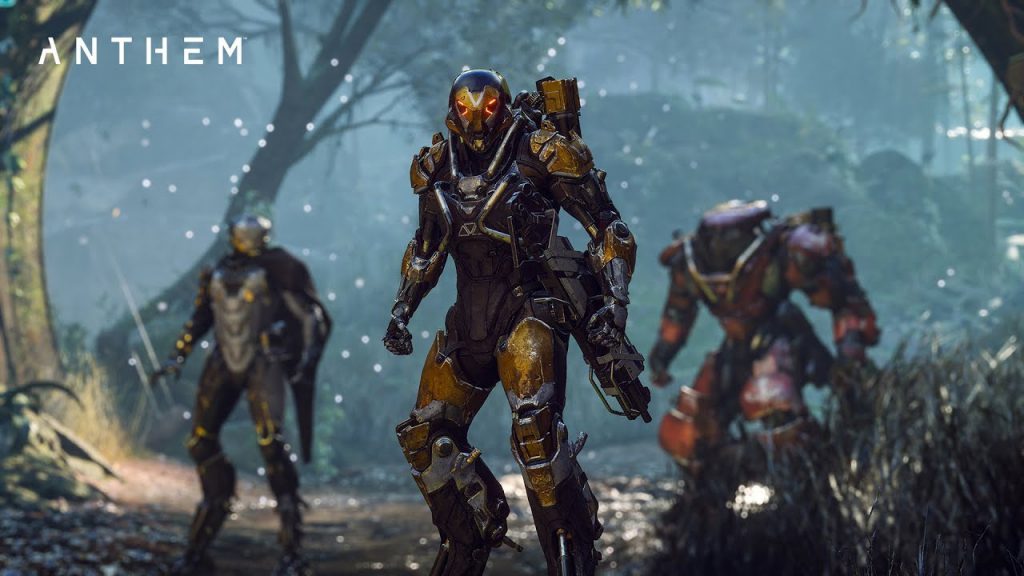 EA had a rough year in 2017. From a loot box controversy and the fallout that followed, it looks as though they want to make up for their blunder with the release of Anthem in 2018. Dubbed a shared-world action-RPG, the gameplay released is visually stunning. The world looks immense and dangers could lurk around every corner. Flying through the world in what resembles an Iron Man suit, players explore the impressive primeval landscape. The graphics and gameplay look absolutely exquisite but depending on how they handle the game post-launch will most likely determine its succus. 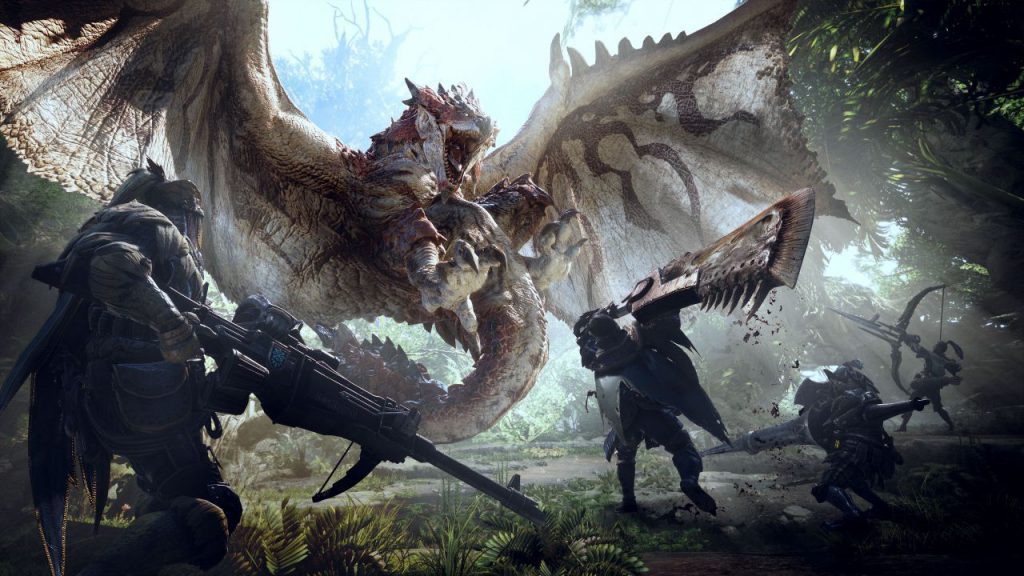 The Gigamax crew are all huge fans of the Monster Hunter franchise. From the very first time they picked up the PlayStation controller and slain their first monster, they were hooked. Bringing the Monster Hunter experience back to console and those as powerful as the ones we have today is a reason to celebrate. The Monster Hunter: World Beta left people on the edge of their seats just waiting for a chance to play the full game. This is surely set up to be unlike any Monster Hunter that has come before it. 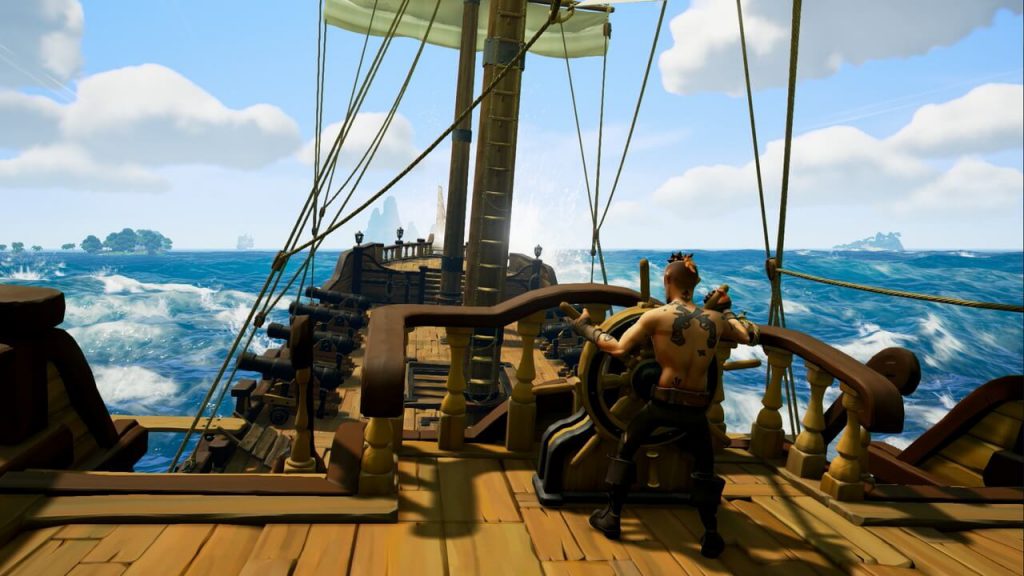 Recently, Gigamax was invited to the Alpha test for Sea of Thieves. Unfortunately, the NDA blocks any gameplay from being shared but the concept is what got people excited. Who hasn’t at one time wanted to bring their friends on a pirate adventure? Sea of Thieves finally gives gamers this opportunity. Take to the high seas in this open-world adventure, completing quests and collecting booty. The progression system ensures everyone and anyone can experience this adventure together, no matter how long anyone has been playing, too. 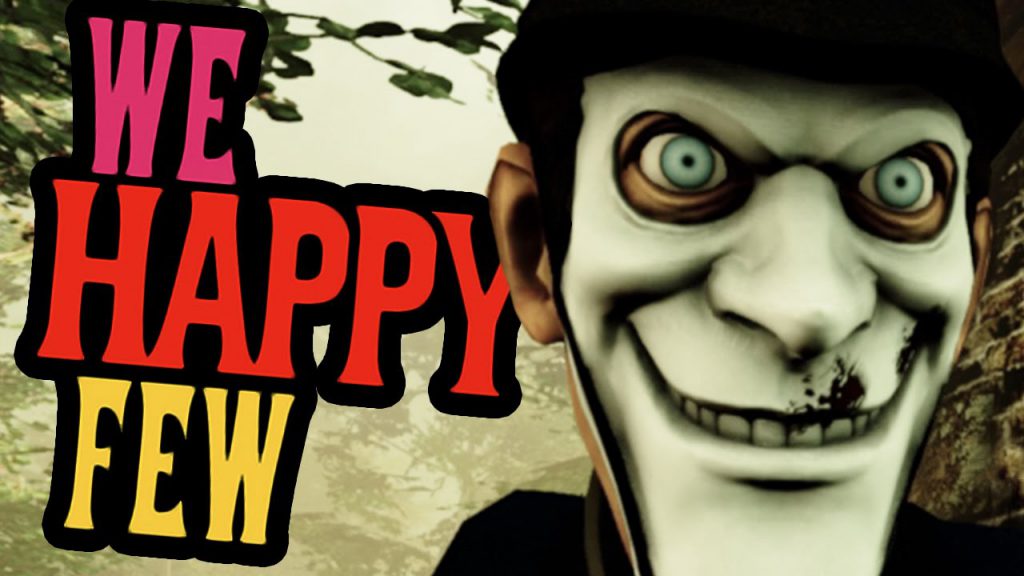 This game has been in early access for a while now and Compulsion Games was making some impressive progress. It seemed as though any time gamers picked it back up, something was being added or improved. Finally, the time has come and on April 13th, 2018 people will have the chance to experience the full game in all of its glory. The story seemed fascinating and that was surely just the beginning. Be sure to check the gameplay below to see what’s in store in We Happy Few. 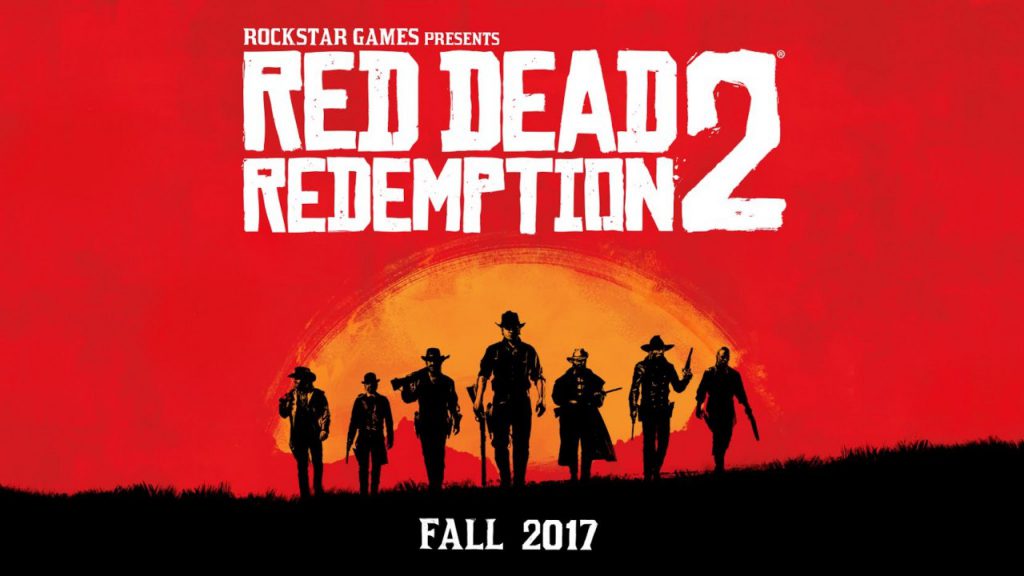 People absolutely lost their minds when the official announcement of Red Dead Redemption 2 came out. One of the most popular games in its day, it’s hard to find someone who didn’t like the first game. Now with Red Dead Redemption 2 expected to drop in Spring of 2018, gamers are anxiously waiting for that official release date. There are very few western games out there and Red Dead did it right. Be sure to check back as more information surfaces surrounding one of the most anticipated video games of 2018. 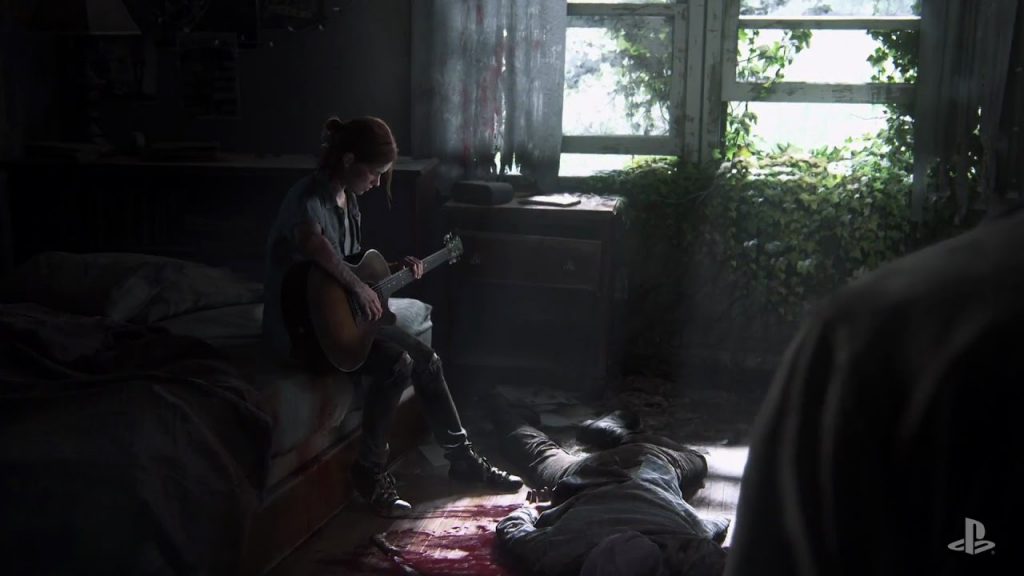 The Last of Us was an absolutely mind-blowing adventure all the way through. The thrilling yet heartwarming story of a jaded adventure stuck in a world falling apart at the seams meeting up with an unlikely companion left its mark on the gaming community. People just didn’t want it to end and Naughty Dog ensured that the adventure didn’t have to. With more and more reports coming in about The Last of Us Part II is only around halfway completed, it’s looking as though it might miss their 2018 release. Be sure to keep checking back for more information as more details become available.

Don’t forget, let us know what you would put on this list! Add your most anticipated games of 2018 in the comments below or on Twitter and Facebook!