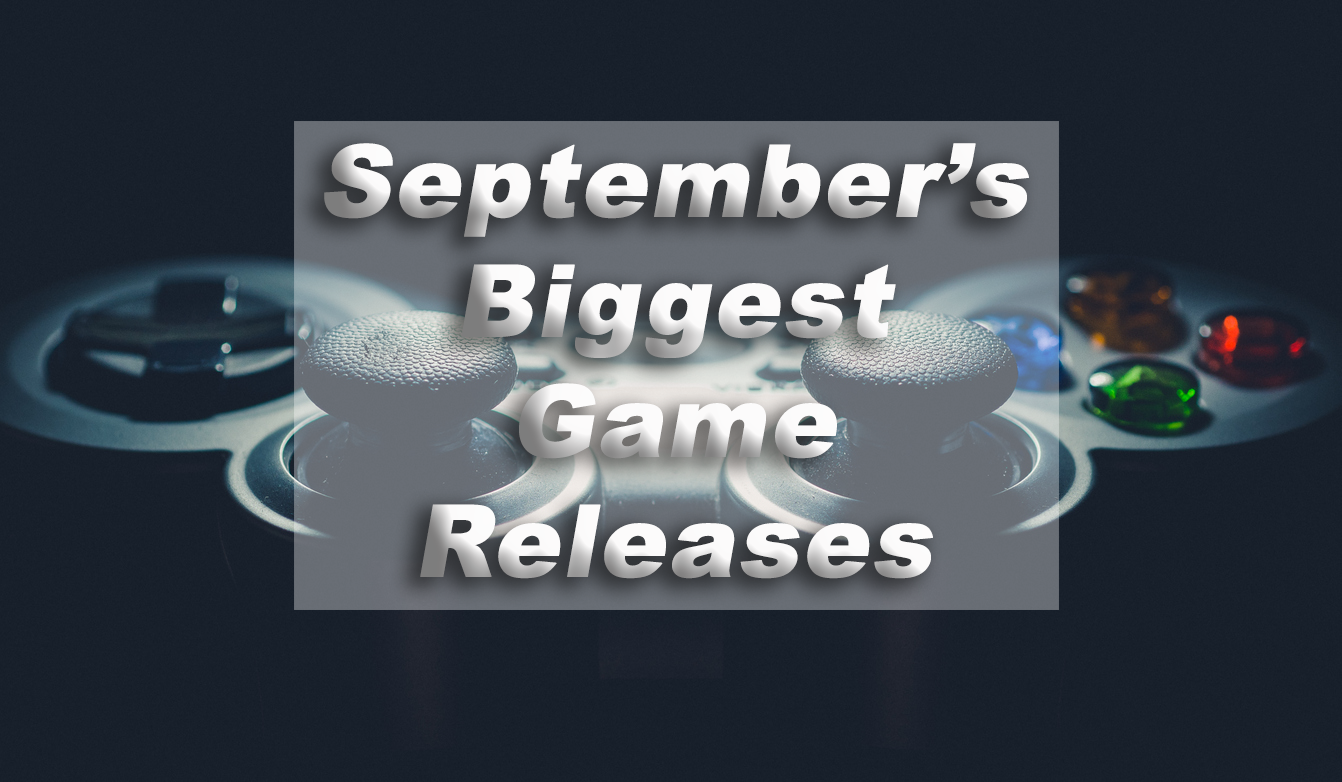 September is here, school is back in session, and vacations are over but that only means this year’s biggest game releases are about to start! This is the time of year developers start letting the punches fly in an attempt to prepare for the upcoming holiday season. With so many big name games coming out in a short timeframe, it can be hard to keep track of what’s coming out and when. But fear not, Gigamax has your back! Below you’ll find the top September game releases so you know when to save those hard earned dollars. Check back next month for the biggest games coming out in October!

It’s finally here fellow guardians, Bungie’s follow up to arguably one of the best shooters of all time. It’s time to prepare your ghost for resurrection and step back into the fight to reclaim your light. This time around, Bungie promised to fix many of the problems that fans found with the previous entry. More story, more loot, more planets, and more fun. Definitely don’t miss this big hit!

Fighting fans, prepare yourselves for more universe combining action with the next game in line for the Marvel VS. Capcom series. This time around, Ultron and Sigma believe all human life needs to be killed so they’re teaming up to take care of the problem. Unfortunately for them the heroes from both universes feel differently so the ultimate alliance of heroes is joining forces to make sure humans keep on living. If you’re into Marvel or Capcom, make sure you pick up this love letter to the series!

Hunters, it’s time to return to SR-388 and fight the metroid menace in this reimagining of Metroid II released all the way back in 1991 on the Gameboy. This is the first core Metroid game to come out since Other M, meaning we haven’t seen our hero, Samus in seven years. This is a perfect addition for any Nintendo lover’s 3DS library and the perfect start for newcomers to the Metroid series!

Dishonored: Death of the Outsider

Alright Dishonored fans you’re in for a treat this month! Step into the shoes of Billie Lurk a companion from Dishonored 2 and start your quest to kill the omnipotent Outsider. Typically known as the guy who hands out super powers, this time around the Outsider is the hit and the only solution to Billie’s beef with him is a knife in the throat. This expansion is similar to Uncharted: The Lost Legacy in that it is a small addition that is separate from the main game but also a little cheaper. If you’re a fan of Dishonored and stabbing Gods then this game is for you!

That wraps up the September game releases! Make sure to keep an eye on the list whenever you’re itching to spend some cash. Make sure to check back next month for a look into October’s biggest releases!