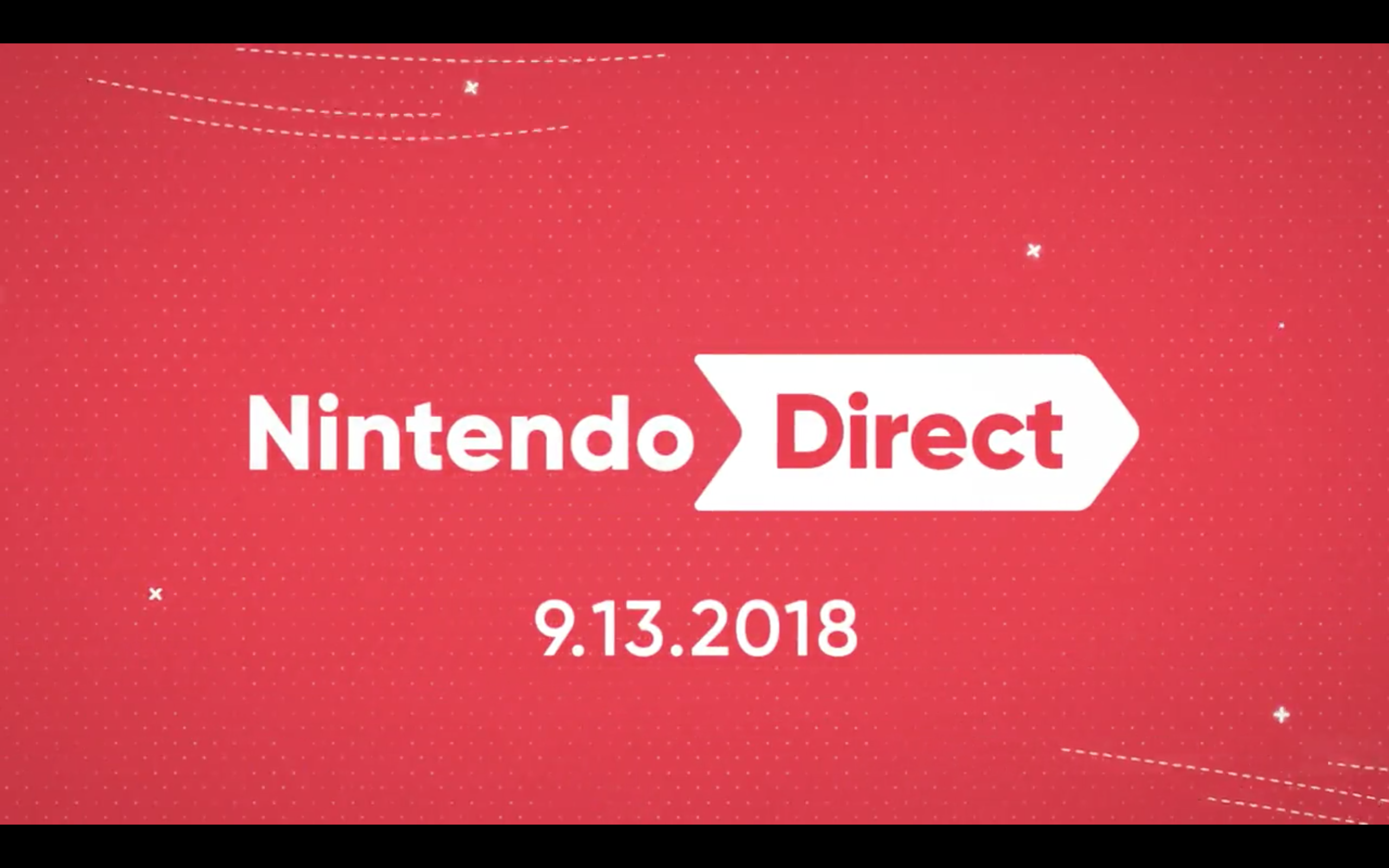 Nintendo certainly doesn’t hold back when they have one of their beloved Nintendo Directs and the most recent one on September 13th, 2018 has left fans expecting quite a bit! If you’d like to watch the entire video, check out the footage below. For a quick look at some of the major announcements, keep on scrolling and see what the legendary video game company showed off for the Nintendo Switch. 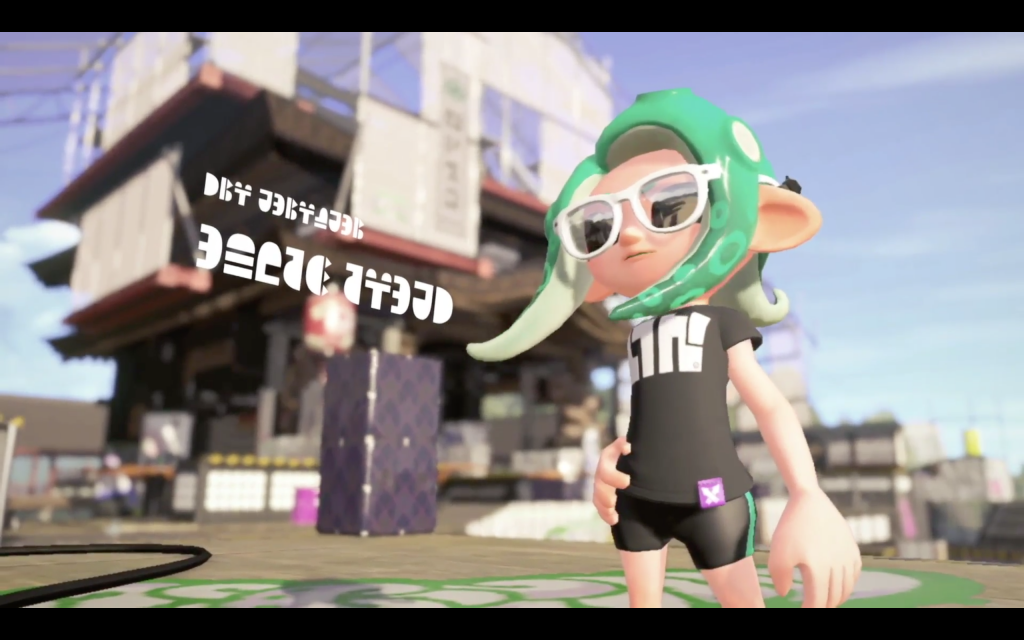 New maps, modes, weapons, and abilities are heading to Splatoon 2 in the next big content update for the wacky third-person shooter. While Nintendo certainly hasn’t been shy about updating their take on an action shooter, it is always exciting to hear that a ton of new stuff is on the way. A release date wasn’t revealed during the Direct, but hopefully, we’ll hear more news soon!

New Super Mario Bros. U is Getting the Deluxe Treatment 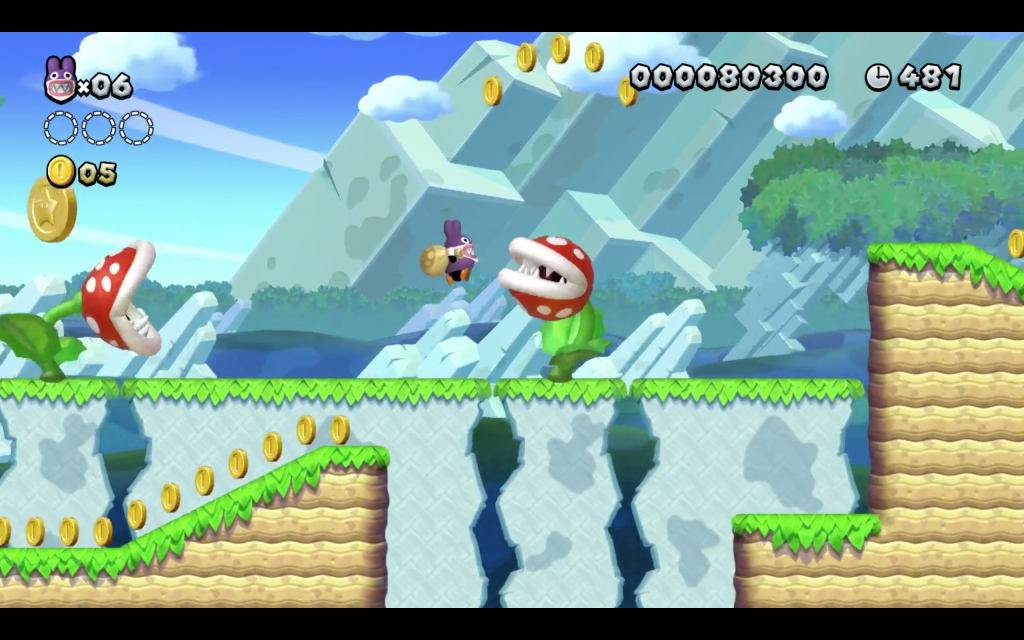 Fans of New Super Mario Bros. U will be excited to hear that the game is getting the classic Nintendo Deluxe treatment on the Switch. This updated version of the Wii U classic comes with more levels, characters, and modes for players to try out. Toadette and Nabbit are both joining the game as playable characters and they both have some cool abilities. Also, the entire game New Super Luigi U is included in the experience! 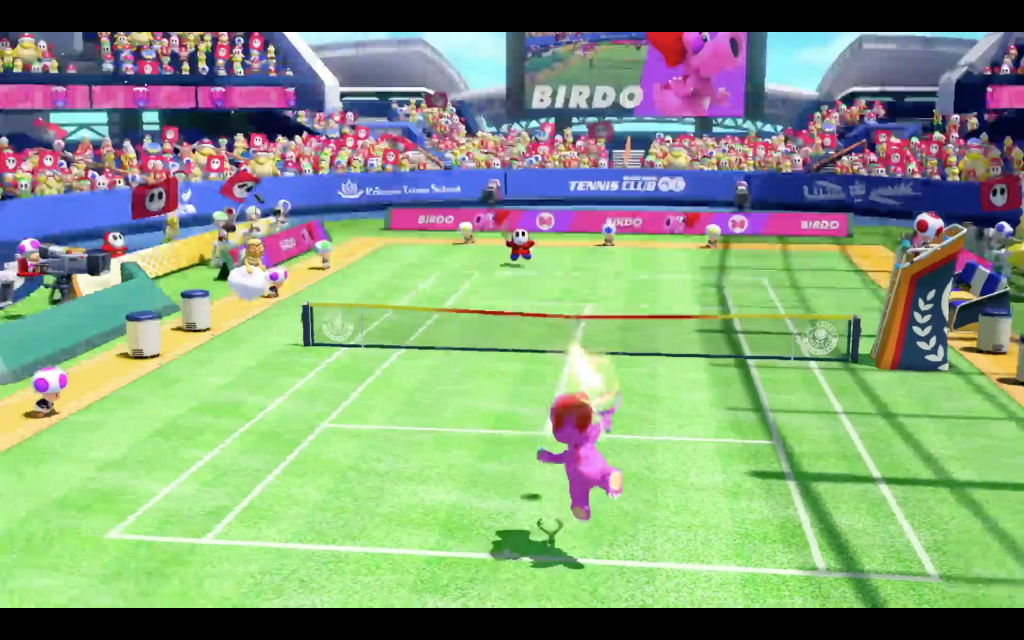 Mario Tennis Aces is getting its first major content update in the form of Version 2.0. This means more characters such as Birdo, Paratroopa, Peetey Piranha, and Shy Guy are making their way to the court. A new cooperative game mode that lets players work together online to take on a variety of challenges will also be added. 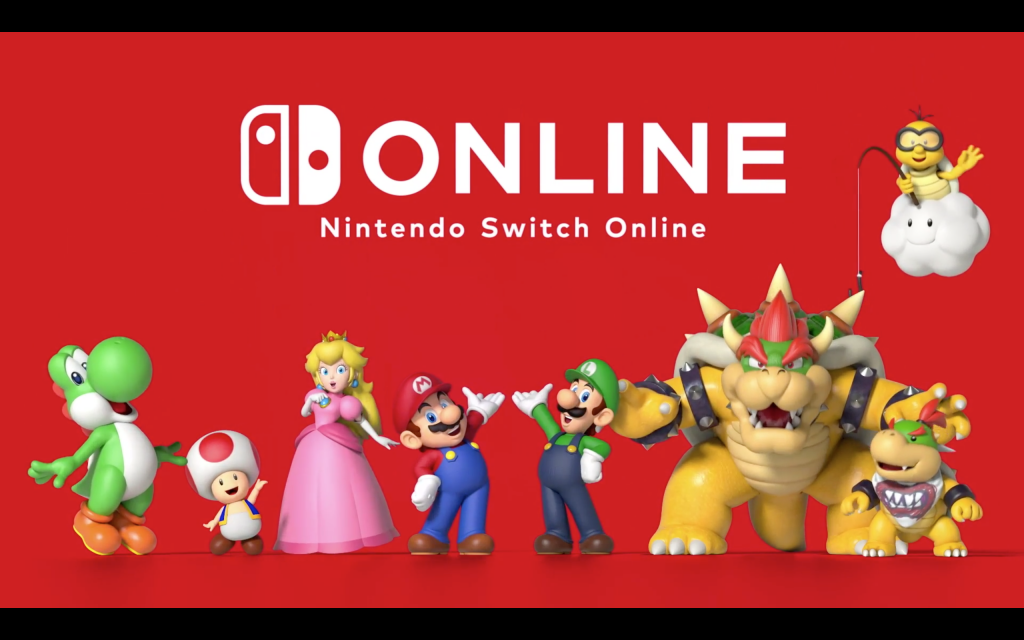 Nintendo is gearing up to release their take on a subscription-based online service. Many games that were initially free to play online are now going to require a Nintendo Online Subscription like Splatoon 2, Mario Kart 8, and Pokken Tournament. The subscription is the cheapest among major hardware developers with a year membership costing $20 USD. The service includes online play, access to a bunch of classic games that can be played at any time, and most importantly, access to a cloud-based save system that backs up all your data in case something happens to your console. All of this goes live on September 18th of this year. 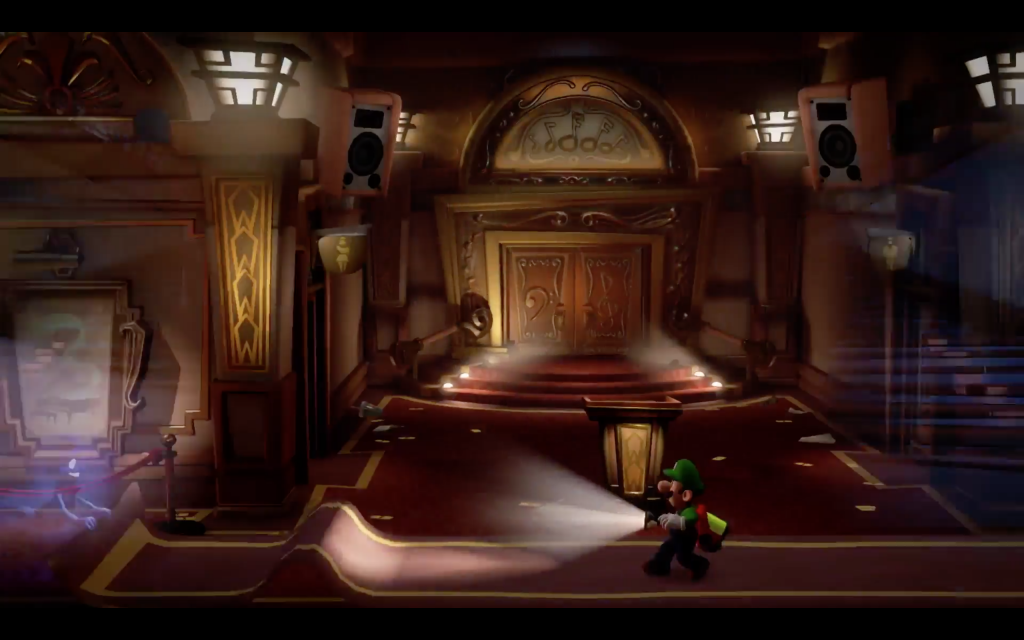 Although Nintendo didn’t say much, the Direct gave a brief look at the next iteration of the Luigi’s Mansion series. Currently titled Luigi’s Mansion 3, it looks like our green plumber is going to have to face his fear of ghosts once again and take on the dastardly ghosts. Luigi’s Mansion 3 is in development for the Switch and as of now and is expected to release sometime in 2019. 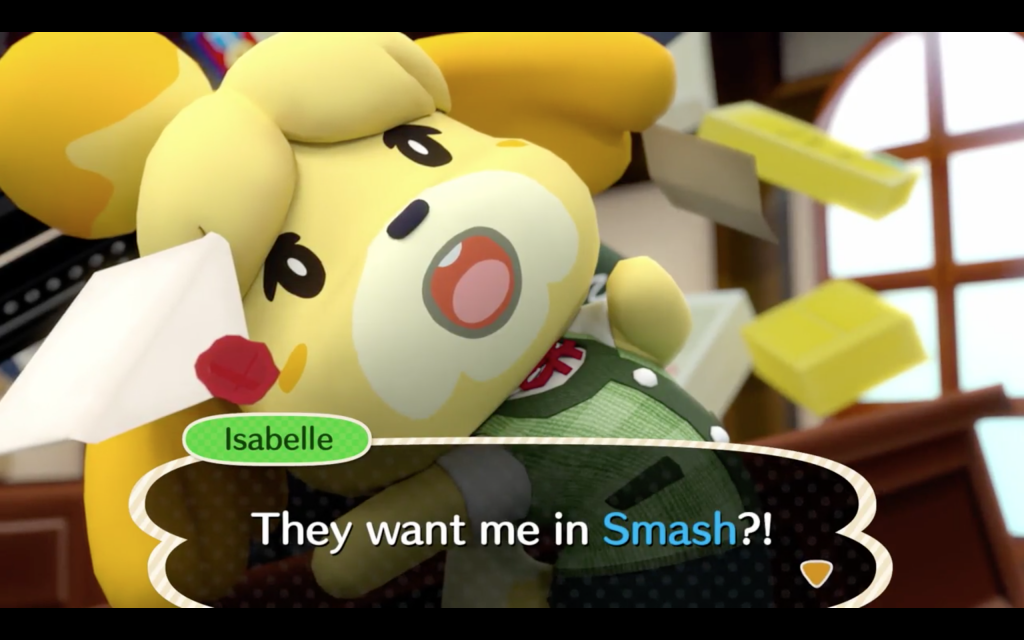 That’s Right! Isabelle is giving up her mayoral duties to go join the fight in Super Smash Ultimate. This adorable fighter uses a variety of the tools found in the Animal Crossing world to take on her foes. While certainly an unexpected addition, it wasn’t as surprising as what Nintendo revealed next… 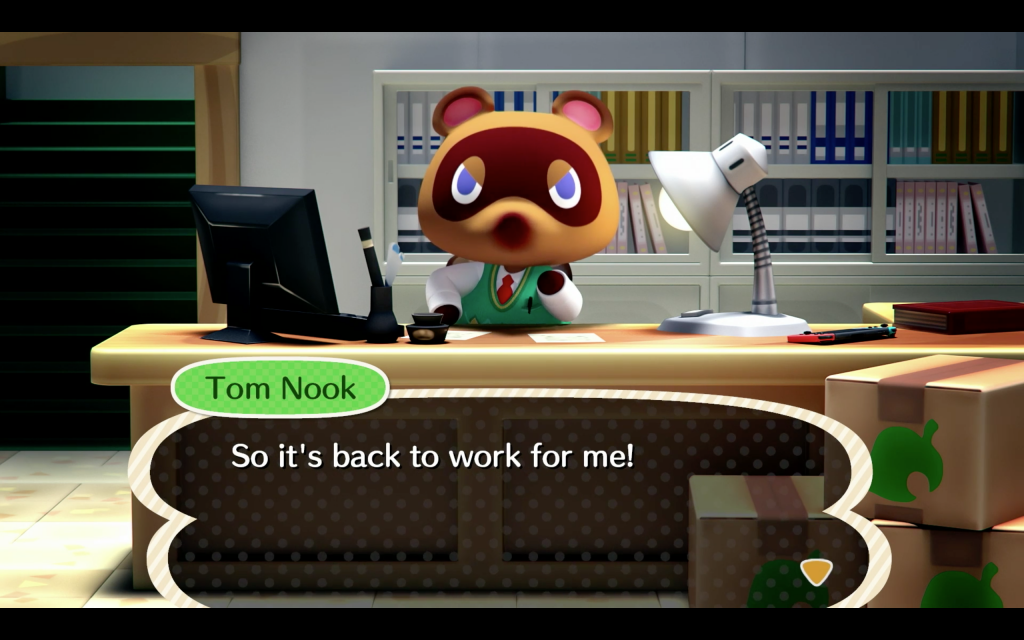 After many Direct’s where fans assumed Animal Crossing Switch would be announced, Nintendo finally took the liberty of saying the game is in development. Much like the Luigi’s Mansion 3 announcement, the company didn’t divulge any details other than that the game will hit consoles in 2019. The entire Gigamax Games crew is certainly excited for this game. Be sure to stop by again soon for more updates the moment additional details are revealed.