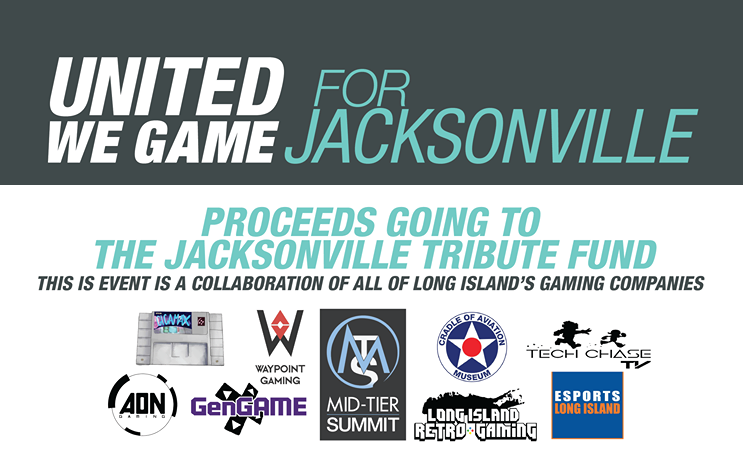 The Long Island gaming community comes together to raise money for the Jacksonville shooting victims. The horrific tragedy took place at a Madden tournament and it hit particularly close to home for organizations like MT Summit Gaming. September 23rd, MT Summit Gaming and eSport tournament organizers from all around the island are teaming up to host a massive, collaborative event and all proceeds will be donated directly to EA’s public fund to support the victims.

The event is called “United WE GAME: for Jacksonville” and there will be ten different events spanning from 12:00pm to 6:00pm EST. It all takes place at the Cradle of Aviation Museum, Charles Lindbergh Blvd, Garden City, NY.

Find all the different tournaments that will be taking place on that very special Sunday, below. 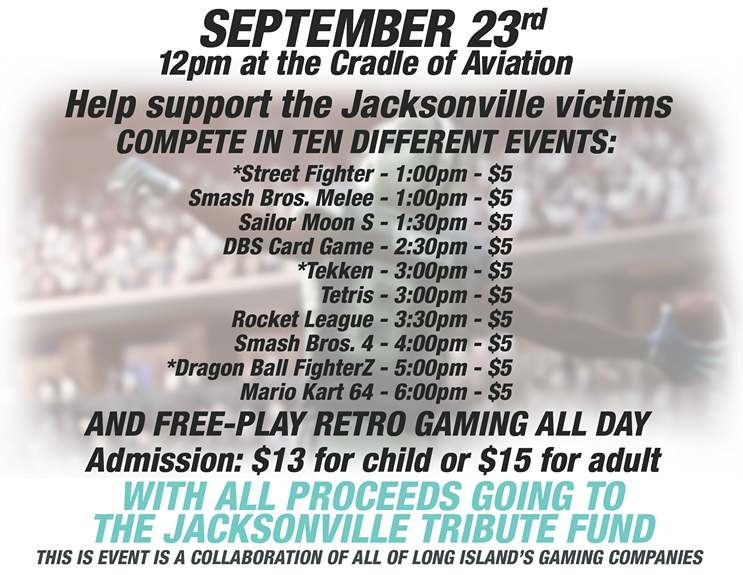 Free-play retro gaming will also be available as the tournaments rage on. There is truly something for everyone at “United WE GAME: for Jacksonville”.

MT Summit Gaming has been hosting local eSports tournaments around Long Island since January of 2017. Each event is focused on the local community and sportsmanship, ensuring everyone feels as though they belong. Any tournament has the potential to get competitive, but MT Summit Gaming makes sure to create a friendly atmosphere. Now, MT Summit Gaming is combining forces with the entire might of the Long Island gaming community to host a tournament for an excellent cause.

The event captures the MT Summit Gaming spirit but instead of just bringing the video game community together for a fun tournament, this time, the event organizers and competitors are doing so much more. Gamers are a special breed and the tragedy in Jacksonville hit each and every one of them hard. Long Island gamers want to bring some light to this dark time in eSports history by raising money for the victims’ families.

Everyone at Gigamax Games wants to thank the entire Long Island video game community for coming together to host such an important event.

For more information on “United WE GAME: for Jacksonville”, visit the official Facebook Event page and to keep up with all of MT Summit Gaming tournaments, jump over to the MT Summit page on Gigamax Games.