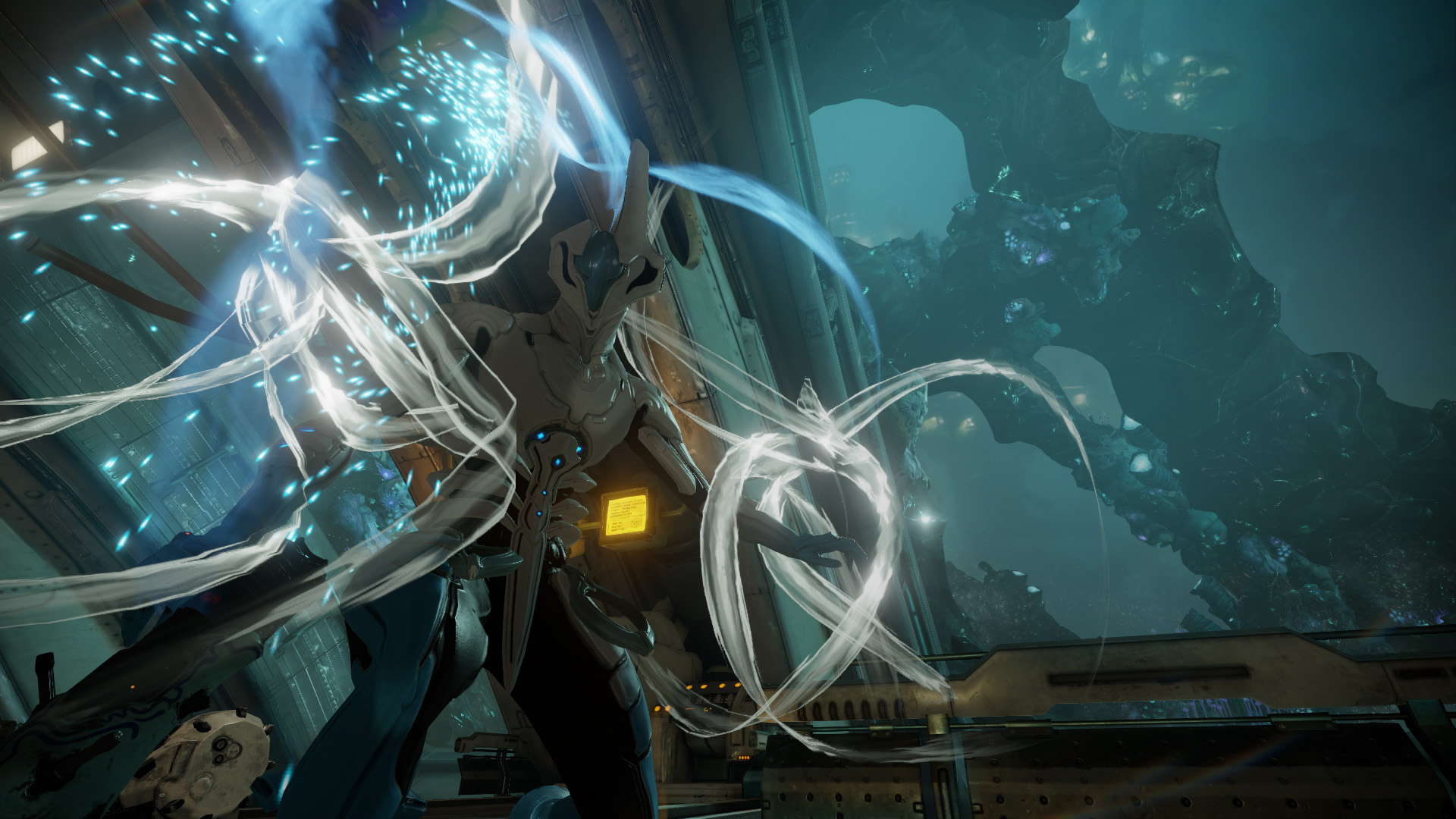 Warframe in all of its glory is now available on Nintendo Switch. Digital Extremes is bringing five years worth of content, lore, and space ninjas to the hybrid console in one fell swoop. Warframe experienced massive growth over the past five years and yesterday, November 20th, marks another incredible step forward for fans, the developer, and the game itself.

Those that have a Nintendo Switch will finally be able to join the 38 million other gamers that have experienced this fast-paced cooperative online action game. Digital Extremes is even offering Switch owners free additional in-game items when they pick up the free-to-play game. Players that download Warframe, install the Comms Segment in the Vor’s Prize tutorial quest, then open their inbox before December 4th will find five gifts waiting for them.

Though Warframe on Switch gives players the chance to experience all the content that took five years to develop, they won’t have immediate access to the most recent update, Fortuna. The developer expects Fortuna to come to Switch in January 2019. The same day Fortuna releases, gamers will also be able to experience Garuda, the 37th Warframe. All Warframe content that is available on PC, PlayStation 4 and Xbox One are expected to be available on Nintendo Switch in 2019 with no exact date set as of now.

Warframe on Switch: What To Expect

Warframe will support motion controls and Switch Pro Controllers at launch. Motion controls are optional so those that don’t enjoy mixing physical activity with their gaming experiences need not worry.

One criticism of the Nintendo Switch is the convoluted in-game voice chat system. Players need to download a mobile app to speak with their friends online. However, Warframe on Switch offers gamers built-in voice chat. 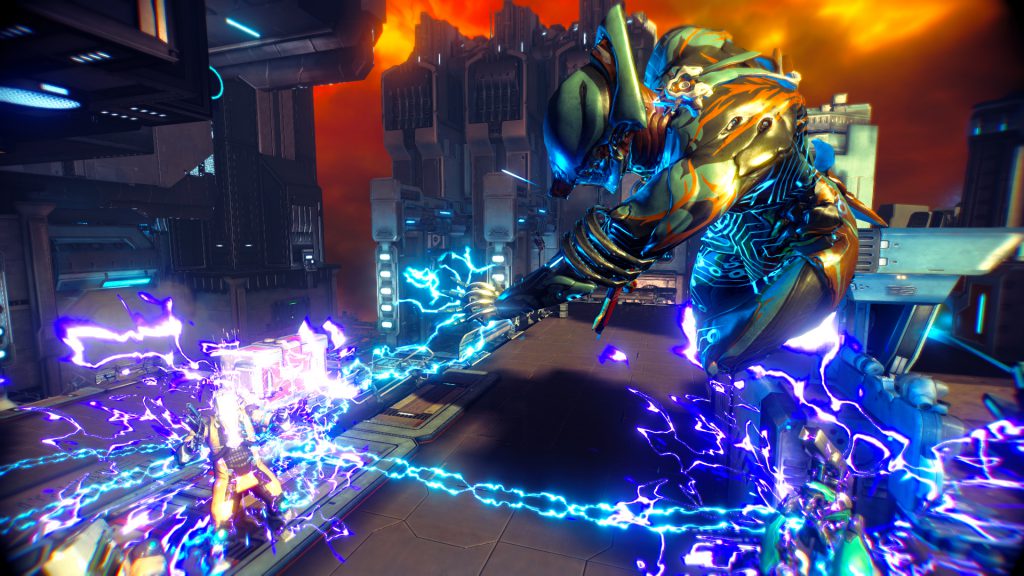 Gamers that want to migrate their PC account to the Nintendo Switch account will need to act fast. Digital Extremes will only be permitting players to migrate their data from day one to a future date that has yet to be determined.

Digital Extremes faced a tremendous challenge bringing Warframe to the Switch. To accomplish this goal, the developer/publisher called on Panic Button Games. Panic Button Games is the studio that brought Doom (2016) and Wolfenstein 2: The New Colossus to Nintendo Switch, both proving to be a monumental challenge.

Mark Ollivierre, Digital Extremes producer, and Panic Button Games’ studio General Manager, Adam Creighton spoke with GameSpot about the grand task of bringing Warframe to Switch. “All the games we’ve worked on are a little different, so they come with different challenges. Whether it’s Doom or Wolfenstein 2 or even [Warframe], said Creighton. “This is the first always-online game-as-a-service title that we’ve done for the platform, and it’s definitely something we wanted to do.“ 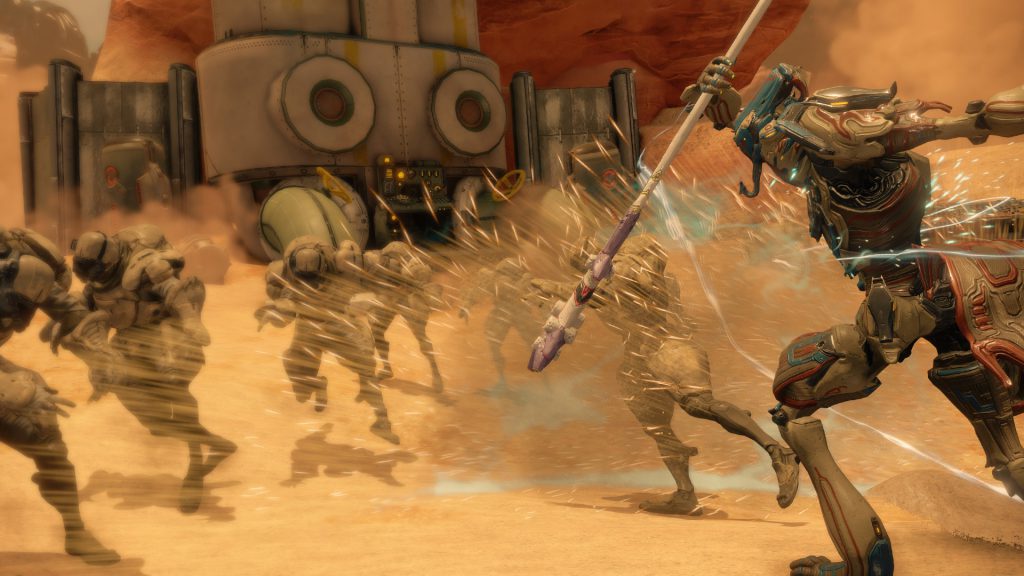 Warframe has a massive audience and looks as though there is no end in sight. The game continues to expand and after five years of development, it seems like Digital Extremes created an environment that continues to bring people back time and time again. As Warframe evolves, be sure to check back on GigamaxGames.com for the latest news and updates. This free-to-play, games-as-a-service model is a perfect match for this kind of game and Warframe’s future looks bright.