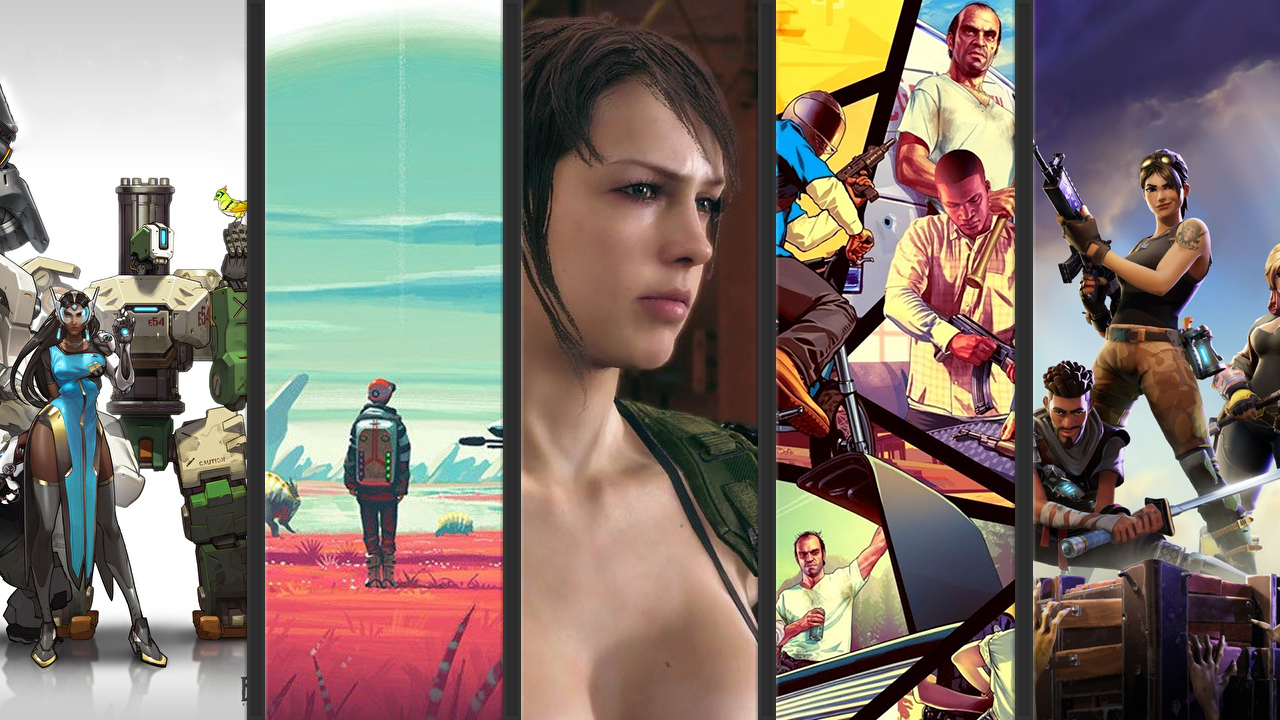 One summer day shook the world of video games to its core. Yesterday, 7/24/18 didn’t bring along a major release but it did offer game changing updates to major titles and a controversial one as well. No Man’s Sky, Overwatch, Fortnite, GTA Online, and Metal Gear Solid 5 all received impressive, game changing updates, all on the same day.

Some of these games are years old but continue to flourish as game changing updates continue bringing new, fresh content to gamers around the world. The video game industry is changing and now an update can create the same or even more excitement than a brand new video game release.

Everyone loves cake and now Fortnite players will be able to celebrate Fortnites 1st birthday by finding cakes around the island. Each birthday challenge completed will unlock a “slice” of the birthday cosmetic set. Playground mode is coming back today, Wednesday, July 25th as well. In Playground mode, new team select options are being added so friends can squad up and organize team battles for fun, training or practice. The compact SMG, the newest Battle Royale weapon has also been added.

Save the World mode is receiving a new, #Fortnite1st special in-game quest line. The reward for completing it will be “Birthday Brigade Ramirez”. Players will also be able to find and eat birthday cakes to earn tickets which they can spend on a limited time Birthday Llama. Along with the birthday celebrations, Save the World players will be able to venture into the desert of Canny Valley and explore Thunder Route 99. New story, secrets, and environments await!

No Man’s Sky NEXT

Over two years after its release, No Man’s Sky is much closer to the game the developers first promised.

No Man’s Sky NEXT brings with it a variety of game changing updates, including weekly content and community events. They are free for all players and requires no microtransactions. Explorers will take part in these community missions to unlock rewards and customizations. People will also be able to interact with Xbox One Mixer streamers by modifying gameplay. Now, for even more game changers…

The 28th hero has been added to the Overwatch roster. Hammond, aka “Wrecking Ball” is now available to play on PS4, Xbox One, and PC. This adorable hamster is a rolling and swinging, ball of death. Overwatch embraced its wackiness with this unique character and the community is loving every second of it. Take a look at what makes this unique character so deadly and adorable in the video below.

Three years after its release, Metal Gear Solid V releases a brand new patch. The multiplayer mode received its first update in a year. New weapons, gadgets and difficulty missions have been added, too. Fans of the series will also be happy to hear gamers can play as Quiet to infiltrate FOB missions as well as having access to additional difficulties.

Rockstar Games brought the world of Grand Theft Auto V, GTA Online: After Hours. The most profitable entertainment product of all time is giving gamers the chance to create their own entertainment for the crime-ridden online world.

One day brought game changing updates to five titles. Years after their release, these games continue to be supported by developers, entertaining fans and expanding their universes.

The video game industry has gone through some interesting changes over the past few years. “Games as a service” has dominated the industry and the community is torn over how they feel about the business model. However, one undeniable benefit of this model is that the games people love continue to evolve and that seems to have gamers excited.