Modded Controller Review: Are Evil Controllers Worth The Money? 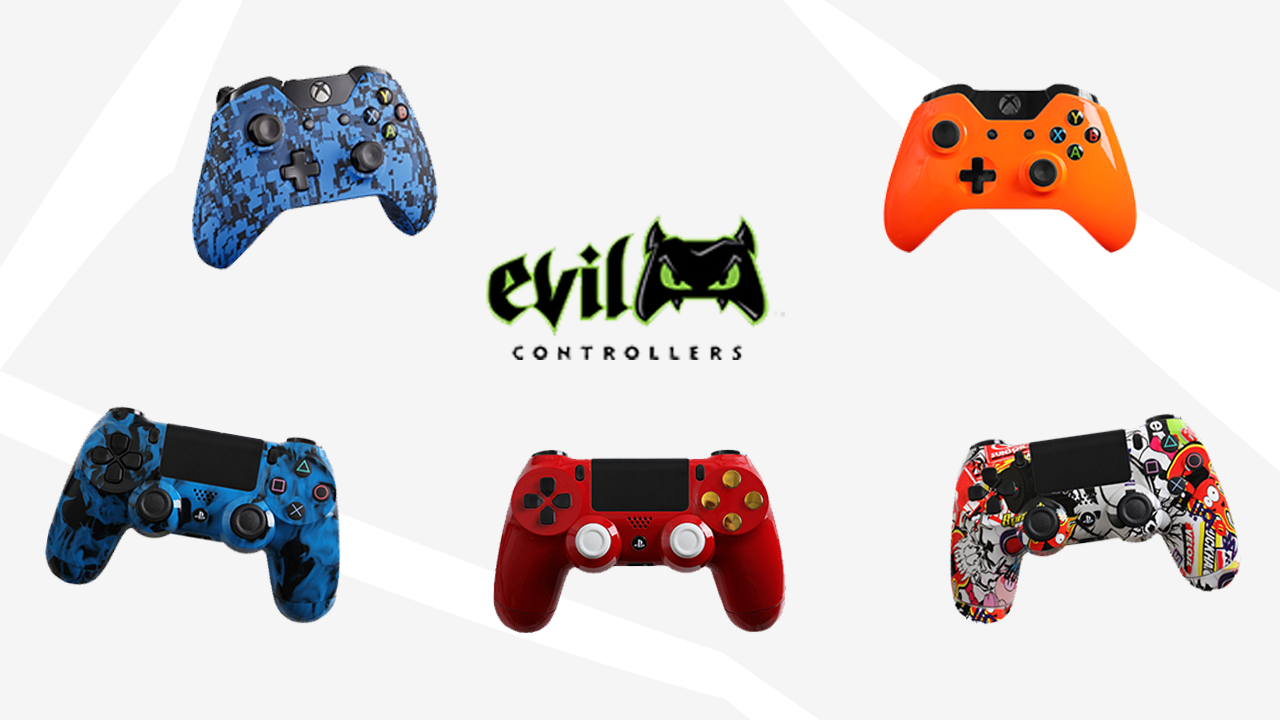 Modded Controller Review: Are Evil Controllers Worth The Money?

Update: The Rumble feature on the Modded DualShock PS4 controller stopped working. Didn’t notice until it was time to tame a horse in Red Dead Redemption 2. Warranty would have covered the issue but was not purchased.

There’s an incredible world waiting for console gamers looking for more control over their video game experience.  Evil Controllers is a company that manufactures modded controllers for Xbox One and PlayStation 4 and they offer a wide variety of options. Recently, Gigamax Games discovered the magic that is a modded controller. Adding paddles or buttons on the back of a controller can have a massive impact on how games are played.

I was curious to see what all the fuss was about when it comes to these additional paddles on the back of a controller. I already had a cheap controller with extra buttons for my Xbox One and it was pretty cool but Evil Controllers looked like they were offering a substantial product. With an entire spread of mods to choose from, their services were much more in-depth than the knock-off pro-Xbox One controller I was already using. 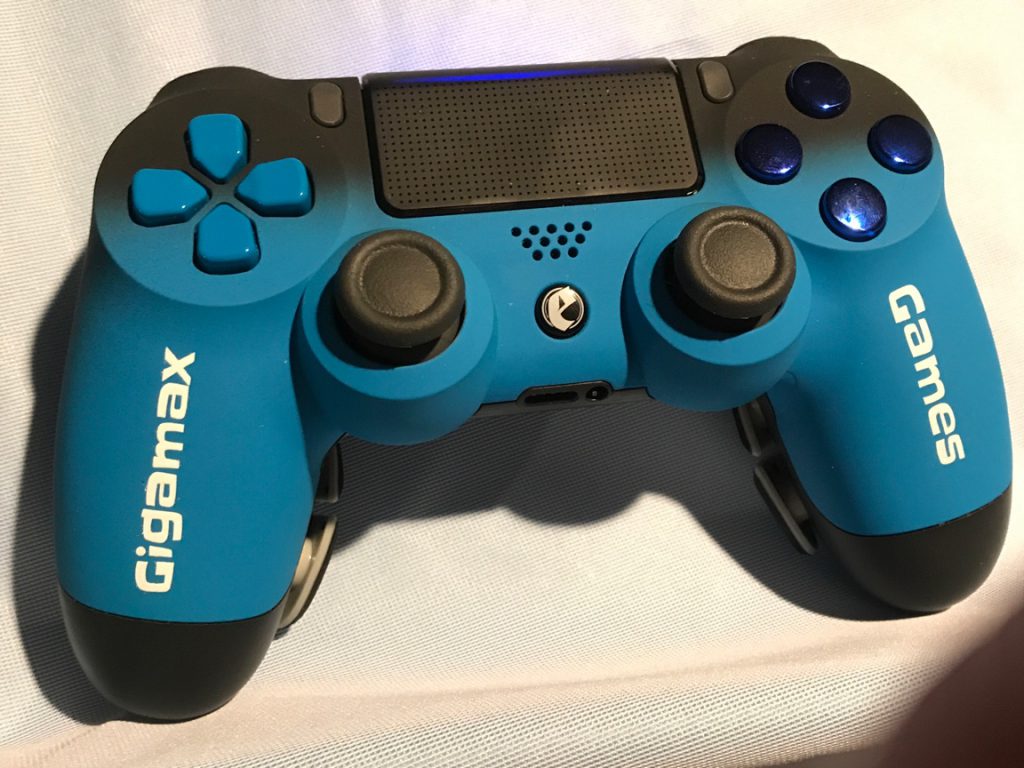 Looking through Evil Controllers customization menu, it quickly became clear that this was going to be an investment that would improve the overall console gaming experience. The controller pictured above includes a custom faceplate, reprogrammable back paddles without sensitive buttons, standard grip, no “Master Mod”, OEM thumbsticks, custom colors and D-Pad and X, O, △, and ☐ buttons.

The paddles on the back of the controller aren’t exactly paddles but aren’t buttons either. Evil Controllers blends the two technologies making a larger, raised paddle-shaped button. This gives the gamer a large area to press, and they’re also covered in rubber to improve grip. However, these larger, protruding button/paddles are extremely noticeable when picking up the controller for the first time. It had me worried about clicking extra buttons by accident but that concern ended up not being a huge issue. For reference, the back paddles take around as much force as pressing the X button.

Besides giving gamers an edge, modded controllers like the ones from Evil Controllers create a more comfortable gaming experience. Some MMO’s require gamers to use a “claw grip”, contorting their hands in order to reach all the buttons they need. Having extra paddles allows the gamer to hotkey their desired commands, all while using a standard grip. Not having to stretch to run through an entire rotation drastically improves gameplay. Also, there are obvious benefits for first-person shooters. Hotkeying lean right and lean left, switch weapons, and crouch in Rainbow Six Siege is nothing short of spectacular. Once the added controls become second-nature, it can have a monumental impact on performance. 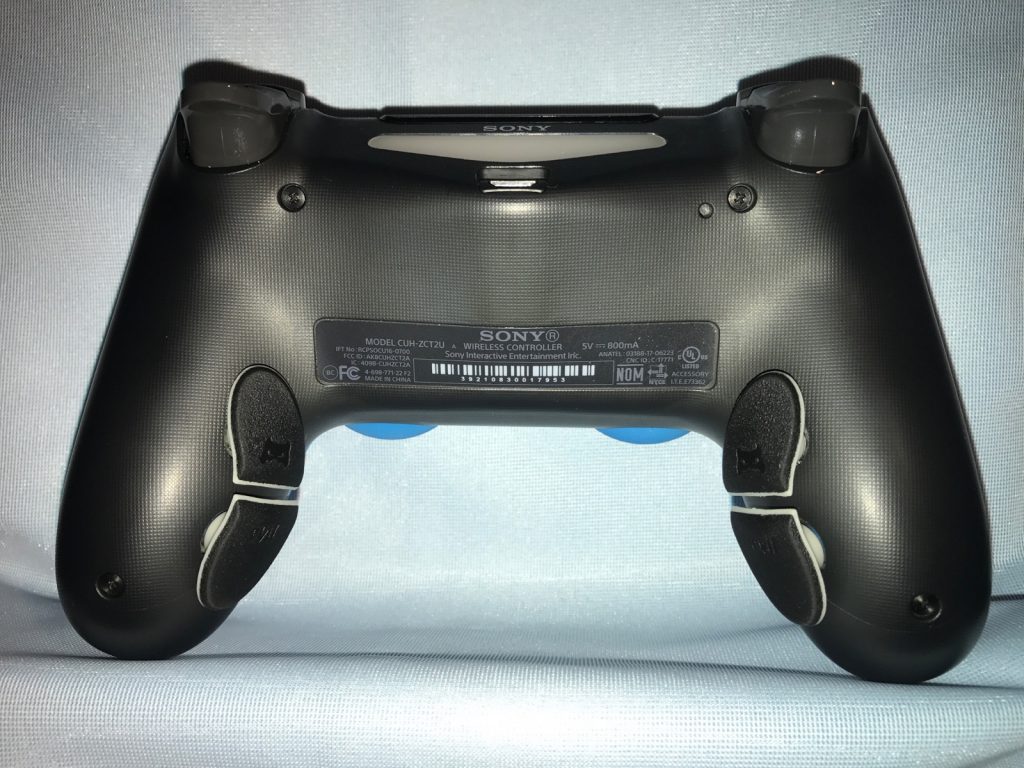 There were plenty of other modifications to choose from, however, since it was the first time using this kind of controller on my main console, I didn’t want to over customize a controller to the point of it not being functional. Some of the other mods include custom thumbstick sizes, also known as “EVIL STICKS”. EVIL STICKS are designed to increase aim by reducing over correction and come in three sizes, 11mm, 15mm, and 18mm. Evil Controllers also offers a specialized Fortnite controller, designed to make building easier and includes weapon hotkeys.

The Gigamax Games controller doesn’t include “Master Mod”. This mod would make the controller not legal to use in tournaments because it enhances the controllers’ software to improve gameplay. The Master Mod includes mods like Adjustable Rapid Fire, Drop Shot, Tactical Rapid Fire, Auto-Aim, Auto-Run, Fast Reload, Auto-Scope, Auto-Spot, and a bunch of other mods compatible with games like CoD, PUBG, GTA and many others. I chose not to add on the Master Mod because it sounded too much like cheating.

My brand new Evil Controller ended up being a dream come true. I was hesitant at first because I didn’t want to be accidentally clicking buttons in the middle of a game. Also, I’m not the most coordinated person in the world so the fear of not becoming comfortable with using four extra fingers while gaming was a serious concern. I quickly discovered that not only did these extra, reprogrammable paddles improve my Overwatch and Rainbow Six Siege performance, playing MMOs like Neverwinter and Elder Scrolls Online became much more comfortable.

A Few Hours Is All It Takes

After a few hours of gaming, I already created my programmable paddle layouts to fit the way I game. Quickly I realized that my hands were actually conforming to the new controller layout as well. It only took a few games of Overwatch and Rainbow Six Siege before having extra paddles felt natural and turned into second nature. The programmable option allowed me to essentially turn some additional paddles off to avoid any accidental clicks as well. The ability to reprogram the R2 and L2 paddles is something I haven’t found a use for yet, but excited to give that a try if a game calls for it.

Accidental clicks can happen, usually when putting the controller down. The placement of the paddles along with the way they’re shaped and raised causes whatever you’re resting the controller on to press the paddle down. This was only an issue when watching Netflix. When I would move the controller to grab a drink or get comfortable, I noticed I kept pressing down the back paddles. To avoid this slight annoyance, I used the reprogrammable feature to clear all the back paddles so they weren’t hotkeyed to a button.

Evil Controllers aren’t cheap. No high-end modded controller is going to be inexpensive but the controller showcased in this article came in at $219.74. It is a bit pricey, but the controller feels like a high-end piece of technology. The paddles feel sturdy and the faceplate, custom decal, and custom D-Pad and X, O, △, and ☐ buttons just look great.

The order for the Evil Controller was placed on August 19th and the controller showed up at my door on August 31st. Not only was the delivery time great, creating the controller was actually a great time, too. Evil Controller uses a comprehensive customization menu that makes the process easy and exciting. When it arrived, opening up that box and holding the same exact controller you created on their website was extremely satisfying. One concern I had was that “Gigamax” overlapped over the D-pad in the customization menu but it ended up coming out perfect.

Review by: Mack from GigamaxGames.com