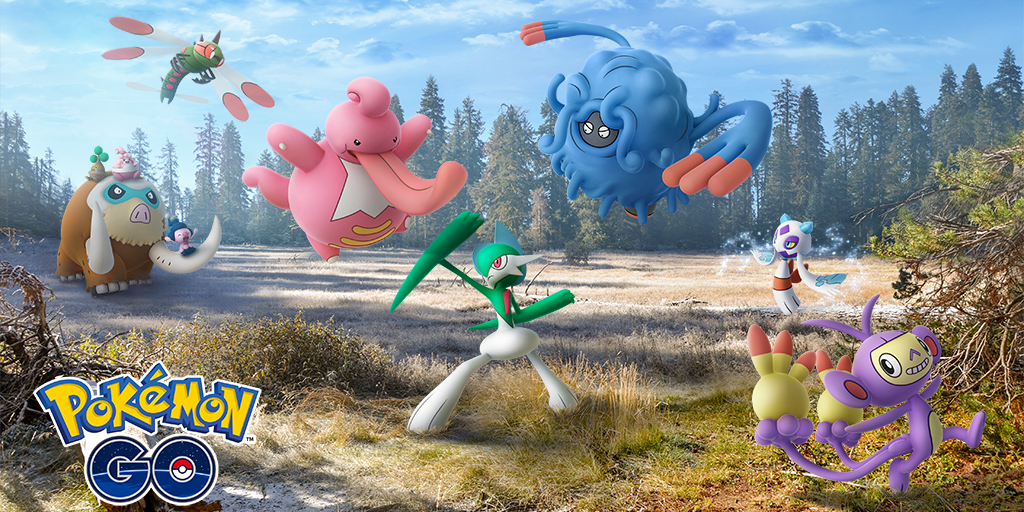 Niantic recently added the 4th generation legendary Palkia to their hit mobile game Pokemon Go, but now they’re starting to sprinkle new monsters into the title. Another group of monsters from Diamond and Pearl have been added and they include baby Pokemon as well as evolutions. Wear your favorite Pokemon clothing and gaming gear and dive into Pokemon Go!

Players that currently have a Sinnoh Stone are able to evolve Lickitung, Tangela, Aipom, and Yanma into each of their evolutions: Lickilicky, Tangrowth, Ambipom, and Yanmega. On top of all that, trainers can now evolve male Kirilia into the Psychic/Fighting type Pokemon Gallade, while female Snorunt can now be turned into Frosslass.

Some new monsters can also be found while wandering the wild. Trainers now have a chance to capture Combee, Glameow, Shieldon, and Crandios. Eggs also now have the chance to hatch into Happiny, Mime Jr., and Bonsly the baby forms of Chansey, Mr.Mime, and Sudowoodo.

Niantic has also made some big changes to how Raid Battles work. As detailed on the official Pokemon Go website, Raid Bosses will now have a larger HP pool to make up for the damage increases made in previous updates. A number of moves have also been changed and some Pokemon are able to learn new attacks.

Palkia will continue to appear in Raid Battles until February 28th and the next Community Day is scheduled for Saturday, February 16th. The featured Pokemon for this months event will be Swinub. Pokemon Go certainly doesn’t show any signs of slowing down and we can’t wait to see how far this mobile game can truly go. For all the latest on Niantic’s hit title be sure to check back here at GigamaxGames.com!