Most Anticipated Strategy Games of 2019 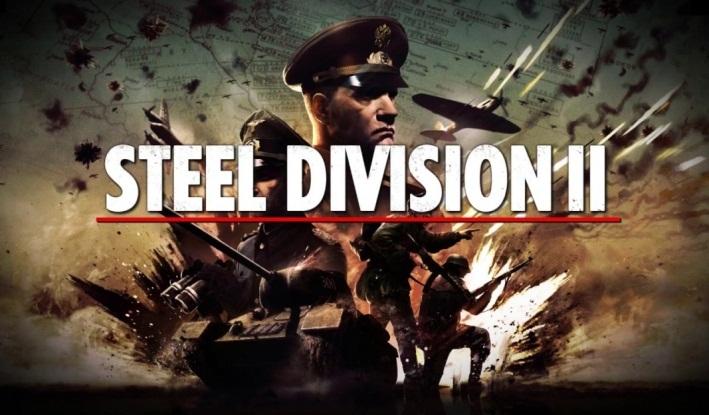 Greetings fellow gamers, 2019 has started and with it comes a plethora of new games. With the gaming industry booming, games are popping out everywhere, so how will you know which game to try out with the limited time you have to play them. This is not a ranking list, they are all great games and since they are not out yet, we can’t say for sure if they will live up to the hype and expectations, but we know that some of these will be the highlight of your gaming experience in 2019.

The timeline of this game is set in the 19th century era, the time of discovery, innovation, industrialization, allegiances and of course, conspiracies. You will develop metropolises and make efficient networks between them, settle on new exotic locations and send your expeditions all over the world. The more you progress, the more variables you have to take into consideration and strategize on how to manage your progress the most efficient way. The game is going to be released April 16th and from what we saw, it looks amazing. The developer really put in a lot of effort into details to make this into what is expected to be a great gaming experience. Show the world who is the most superior leader, be the best in all the aspects of leadership: diplomacy, trade and warfare.

The Total War franchise took us to ancient China, where you will choose from the cast of 12 legendary Warlords and recruit heroic characters to help you conquer these lands. The ultimate goal is to unify China and become its undisputed ruler. Leave your mark in China’s history as the one who unified it and start a new era of prosperity and peace. Long live your dynasty! The turn-based campaign and real time battles look better than before and with all the new features and improvements from their last edition, we are sure it will live up to its hype and leave its mark on 2019. The game is expected to be released on May 23th.

El Presidente is back!!! Whether you will choose to be a peace-loving leader or a classic dictator, the choice is entirely yours. Shape your tropical paradise as you see fit. With an added depth to the game in the form of different landscapes, this means that you will experience different environmental conditions with its own challenges.

Tropico 6 will see a new character called The Broker who helps you solve situations with shady solutions. Raids and heists, steal monuments from other countries to add to your collections, make them your tourist attractions to earn more money and show your greatness to the world. All of this means that the Tropico franchise looks better than ever. The game will be released on March 29th and we can’t wait to sink our teeth into it.

Let’s go far and beyond into a world far away, uncovering the history of a fallen galactic empire, to a planet which is inhabited with 6 different races. Each race has its own technology and unique unit line up that comes with customizable weapons. The game landscape features destructible environment and turn-based battles that will push your tactical capabilities to their limit. Players will have the capacity to build their own empire using all of the elements around them with the chosen playable race. This game, with all its features, great graphics and smooth game play will pull you in before you know it. The exact release date is not known but that makes it even more appealing and much sweeter when we get our hands on it.

It’s been a whole decade since Age of Empires 3 was released, but as one of the most renowned games of this genre its successor must be on this list. The only thing is we don’t know a lot about it, the creators are keeping it under the ropes, even the game trailer doesn’t give us a lot of hints, but with their vast experience and great base line of its predecessor, we have high expectations. We are expecting the game to be released at the end of the year. To all the future emperors out there, a quote from the movie Gladiator: “We who are about to die, salute you!”

If you like history and games revolving around historical events, Steel Division 2 is the game for you. This game is a real time strategy set on the Eastern Front during World War 2. You are in charge of dozens of historically-accurate battalions, hundreds of companies, thousands of men, in up to 150km wide maps. One turn represents half a day where you will have to manage their movements, combat and of course, secure a supply line. The multiplayer allows up to 20 players in 10 against 10 battles in 25 maps. Command your units to victory and become a general like none before you. History awaits you! Prepare yourselves for WW2 it is coming on April 4th.

Warcraft Reforged is the ‘’remake’’ of WarCraft 3 one of the most renowned games of its time, a game that left a mark on millions. The story line is the same which is not a problem since it was awesome the first time around but the maps and campaigns are remastered, and the whole game is remastered in 4k resolution.  For the old school gamers that would like to experience nostalgia, this game is a perfect call back to the gaming past and for all you upcoming gamers, a chance to be part of gaming history and experience one of the greatest games of this genre ever made. The greatest heroes and villains of Azeroth are calling upon us once again. The release date is set to be close to the end of the year with no specific date mentioned. Whenever it is, we will be first in line to play it.

It was really hard to pick out the best strategy games of 2019 since there are so many good games coming out this year. And we’re seeing a good variation this year, from new games to sequels, as wells remastered versions of great games. That said we only think it’s fair to give a shout out to games that may also be great.

Our honourable mentions are: