Top 7 Most Anticipated Video Games of 2019 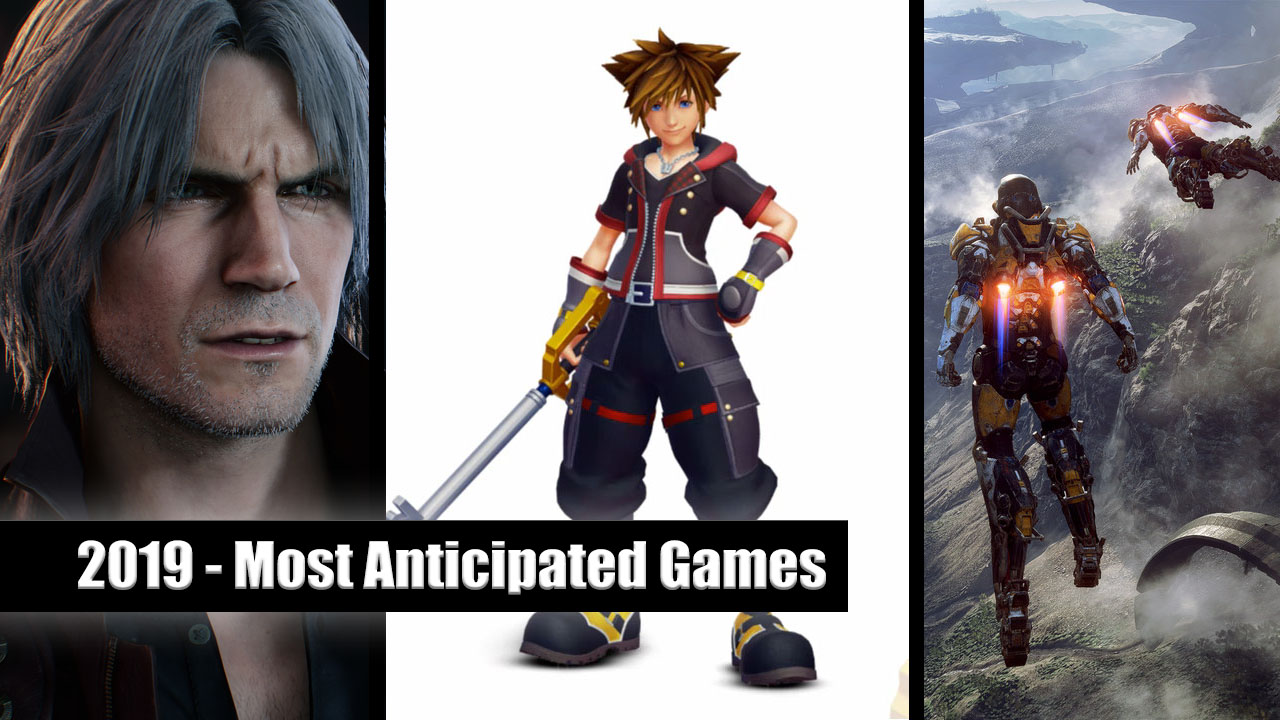 It’s the New Year and that means taking a look at the most anticipated videos games coming out this year. 2019 is promising to bring gamers new classics and unforgettable video games. It will be hard to live up to the hype of 2018 with hits like God of War, Red Dead Redemption 2, Monster Hunter: Worlds and so many more. The question remains if 2019 can offer up even more incredible games to people around the globe.

Below includes the Top 7 Most Anticipated Video Games of 2019. Tell the Gigamax Games crew which game you think will rain above them all in the poll at the bottom of the article! Also, be sure to leave a comment if you think there is a game that should have been included.

Get your consoles or fierce gaming PC ready!

A new franchise, Anthem made an impact on the world when it was first announced. Flying through an alien planet with friends in iron-man like suits, laying waste to extravagant enemies in beautiful, detailed environments. Built around multiplayer and cooperative play, Anthem is expected to offer a similar experience to Destiny, only in a different package It is promising to be everything Destiny wasn’t, and more of what the game should have been. Being developed by BioWare, Anthem is expected to hit stores on February 22nd, 2019. This newcomer might have people excited but some gamers are skeptical if it will actually deliver.

343 Industries is keeping their lips sealed for the most part regarding their upcoming project, Halo Infinite. A sequel to Halo 5 and bringing back couch co-op, the developer is looking to make a splash with their latest Halo release. PCgamer expects a November 2019 release but this remains uncomfored. Right now, sometime a 2019 release is all the information available. There will be a bit of a wait before there is an official announcement. Furthermore, only after fans have a chance to play will the world know if 343 Industries was able to refresh a game that has grown stale in its old age.

Devil May Cry, the classic action-adventure hack-and-slash experience is making its return on March 8th, 2019. Coming to PlayStation 4, Xbox One, and Windows, nearly every gamer will have the chance to see how Devil May Cry 5 holds up. Fans of the Devil May Cry franchise are itching to get their hands on this long-awaited title. Promising a thrilling, exciting, and unforgettable time, filled with gore and excessive violence, there’s no doubt Devil May Cry 5 will have at least a few redeeming qualities.

Bloodstained: Ritual of the Night

Bloodstained: Ritual of the Night was supposed to release in 2018 but producer Koji Igarashi, former series producer for the Castlevania series announced on the Kickstarter Page it will be pushed back into the New Year. Anticipation is high for this Castlevania spiritual successor developed by ArtPlay, WayForward Technologies, Inti Creates, Monobit, and Dico Co., Ltd. It’s always great to see an indie game whip up the gaming community but it will be interesting to see if Koji Igarashi and the BloodStained: Ritual of the Night team can live up to expectations.

Possible: Last of Us 2

Rumors, speculation, and “leaks”, nothing has provided an actual release date for Death Stranding. The latest project by Kojima Productions is cloaked in mystery. Death Stranding was included on this list of most anticipated video games of 2019 simply because of the curiosity factor.
Walmart Canada leaked a June 2019 release date but that was later explained to be a mistake and a placeholder. Not much is known about the game besides the inclusion of Walking Dead star Norman Reedus, and an important baby, but the notable studio working on this unique project has gamers interest.

Only time will tell if 2019 will live up to the massive amount of amazing games released in 2018. There’s even a chance this year will be even greater. As of now, the line-up of new, interesting, and unique games releasing in the new year is enough to have gamers excited. However, there are sure to be a few surprises, so don’t go anywhere and remember to keep checking back on GigamaxGames.com for all the latest reviews, news, and video game industry announcements all throughout 2019!

Vote for your Most Anticipated Game of 2019!

Think we left a game off the list? Leave your Most Anticipated Game of 2019 in the comments, below!